AppDynamics, a unit of Cisco, today announced it is melding the worlds of AIOps and application performance management (APM) with the launch of Cognition Engine.

At the same time, AppDynamics is making good on a promise to integrate metrics drawn from Cisco Application Centric Infrastructure (ACI), the software-defined networking (SDN) that Cisco is embedding in all its networking equipment.

Finally, AppDynamics also announced Serverless Agent for AWS Lambda, which marks the first time the company’s APM platform has been extended to include the ability to capture metrics from every single invocation of a serverless computing framework.

Matt Chotin, senior director of technology strategy at AppDynamics, said Cognition Engine represents an ambitious effort based on machine learning algorithms and predictive analytics to create a central nervous system for IT spanning applications, infrastructure and the network. The days when applications and infrastructure were managed in isolation are now coming to an end, he said.

Available at no extra charge to AppDynamics customers, Cognition Engine infuses the Business Transaction data model underpinning the AppDynamics APM services with machine learning algorithms to run diagnostics and automate root-cause analysis in a way that reduces resolution times from minutes to seconds. The machine learning algorithms evolve constantly as data is gathered continuously using streaming analytics to ingest, processes and analyze millions of records per second. The Cognition Engine automatically understands how metrics correlate and instantly knows when there’s been a break in correlation among datasets.

Cognition Engine also automatically isolates metrics that deviate from normal behavior to identify the top suspects of root cause for any application issue. As an open platform, that information then can be shared with orchestration and automation systems embedded within third-party incident response, intelligent workload placement and cloud cost optimization tools and platforms. 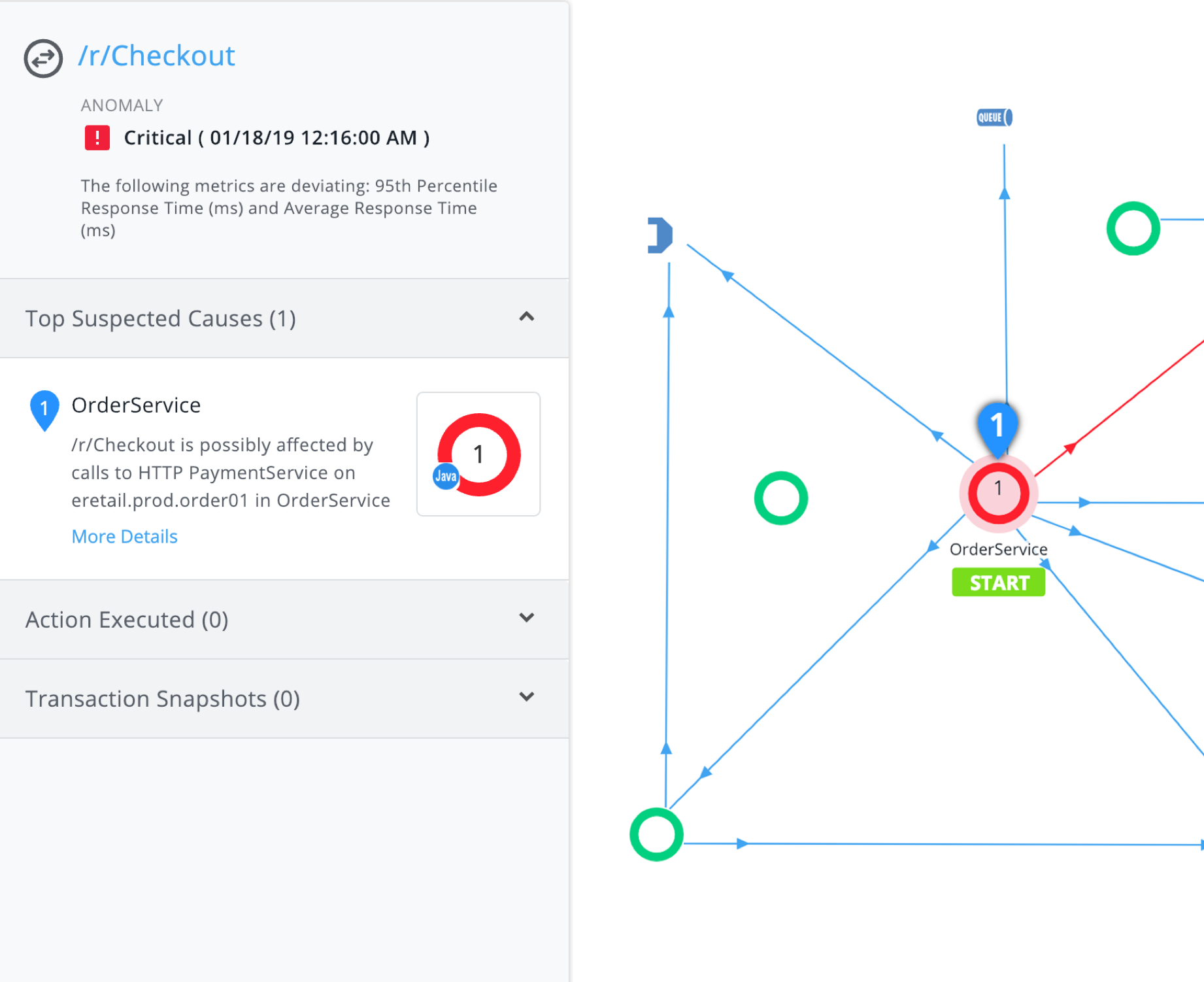 These types of capabilities are now becoming an absolute requirement because IT in general is becoming too large and dynamic to manage relying on manual processes, said Chotin, adding what’s needed is a shift toward an AIOps mindset that automates the management of routine IT tasks at scale.

AIOps is, of course, not so much a thing that can be purchased as much as it is a collection of technologies spanning machine learning algorithms, predictive analytics and other technologies that are employed in unison to automate IT operations. It usually takes a while for algorithms to learn a specific IT environment. But once they do, they bring with them the benefits of a more sophisticated approach to managing IT at scale (and they never take a sick day or decide to take another job). Of course, AIOps is not likely to replace the need for IT staff entirely. But roles and functions within IT organizations most certainly will evolve in the months and years ahead.

In the meantime, organizations will increasingly vet AI models before deploying them in production environments. While AIOps will advance the state of IT as it is known today, the most worrisome thing about any form of current AI technology is being catastrophically wrong at a level of scale that is nearly impossible to recover from.

“The Automated Enterprise” e-book shows the important role IT automation plays in business today. Optimize resources and speed development with Red Hat® management solutions, powered by Red Hat Ansible® Automation. IT automation helps your business better serve your customers, so you can be successful as you: Optimize resources by automating ... Read More
« Postman Announces Growing Adoption for API Development Tools
APIs and DevOps »