Home » Blogs » From Architect to Operator: The Rise of Developers

Over the past five years, DevOps has transformed from a model for agile software development practices to the aspirational standard for functions across the IT spectrum. Previously, developers and IT Ops teams were distinct and siloed—developers built the application and IT Ops managed production environments—but now many in the industry have shifted to create a net-new liaison between the two, allowing applications to exist simultaneously in the worlds of development and production.

While everyone is focusing on the convergence and collaboration of the developer and the IT Ops person, however, the storyline is changing again. The focus is now shifting back to the developer (and his/her specific skill sets), as there’s an increased demand for a single team to manage the entire application life cycle. Now more than ever, the people who actually develop the systems are poised to take ownership of traditional IT operations functions, such as maintenance, performance and availability.

As IT continues to evolve, three trends point to the expanding and evolving role of the developer.

End-to-End Visibility and the Need for IT Ops Persists

While developers are certainly on the rise, the role of IT Ops remains uniquely necessary in today’s IT environment. IT Ops will always have the best end-to-end IT system perspective, encompassing the application environment as well as shared services and infrastructure (think backup, endpoint protection, single sign-on, DNS, etc).

Developers build visibility from the inside out. But because it’s happening in the app itself, there’s no outside-in look, and thus pieces of the stack go unmonitored. As a result, you can’t understand the holistic end-user experience—which, when it comes to application health, is both the start of the conversation and the end of the argument. IT Ops brings incredible value, offering end-to-end visibility with better monitoring and a focus on ensuring every transaction—both internal and external—goes smoothly. While it has become common for developers to instrument their applications, they don’t have nearly as much expertise in end-to-end service management and measuring performance across each component. Additionally, IT Ops workers tend to possess a great level of operational rigor; they’re better versed in dealing with third-party vendors; and they understand the entire system (the weakest link, what works, what fails, etc.), including back-end functions, in a way that developers simply don’t.

What Comes Next for Developers?

We’re already seeing how developers are taking greater control over traditional IT operations functions, but what comes next? Looking forward a few years, I believe the next frontier to monitor is the role developers will play in SecOps. Security attacks are about finding the path of least resistance, and as SecOps matures into active threat-hunting and breach detection, attackers will evolve their methods. If SecOps can solve current attack vectors—phishing, especially—tricking software into following unexpected code paths will once again be a reasonable route to a breach.

But there are ways to mitigate that during the development process, by building security into the code itself. As SecOps teams increasingly treat the environment as an ecosystem, they’ll see the application itself as a vulnerable piece of the attack surface; they may begin requiring secure development practices with a level of governance over development teams. As security increasingly becomes everyone’s job, everyone in IT must shift their mindset, and while development teams may be late to the party, SecOps will eventually extend a mandatory invitation.

About the Author / Eric Thomas 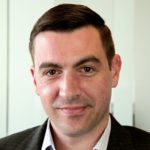 Eric Thomas serves as Director of Solutions Architecture for IT analytics company ExtraHop. Eric leads the Professional Services team, and draws on over 20 years of experience in IT operations. Before joining ExtraHop, Eric performed a variety of operational roles, most recently as Director of Advanced Engineering for Thomson Reuters, where he led a team of performance and availability specialists, supporting over 200 applications representing $2B in annual revenue. His prior experience includes Enterprise IT management, SaaS production operations and next-generation technology advocacy.

While building constructive culture, engaging workers individually and helping staff avoid burnout have always been organizationally demanding, they are intensified by the continuous, always-on notion of DevOps.  When we think of work burnout, we often think of grueling workloads and deadline pressures. But it also has to do with mismatched ... Read More
« The Challenges of Digital Experience Monitoring
Tasktop Announces Strong Momentum in First Half Fiscal Year 2017 »

Is IAST the Next Big Thing in AppSec?

The Role of APIs In Digital Transformation

How IT Ops Can Exceed Service Level Objectives in Digital Tr...