One of the great ironies of DevOps is that the better you are, the less likely it becomes that anyone will ever see your best work. If the code is supremely elegant, the app runs flawlessly, the servers do not lag and users and managers rarely say anything because that is exactly the experience they expect.

People become aware of you only when something goes wrong—and at that point, they are rarely full of compliments. The experience means everything to them.

Digital experience is the foundation of how online companies compete in the contemporary global market. That is why digital experience monitoring (DEM) has been recognized by Gartner as the most significant foundational process within application performance monitoring (APM). DEM is designed to improve not only your app but the entire experience that the user has in interacting with your brand online.

If you’re unfamiliar with the DEM category, check out my primer here.

DEM is the technological response to one of the oldest problems in business: not being able to be everywhere at once. On the digital side, the challenges of delivering the best possible performance across the widest scope fall into three spheres:

Let’s take a closer look at how DEM engages with each problem on its own turf.

The mobile OS wars have settled on two champions for the time being: iOS and Android. As of February, those two account for 99.6 percent of mobile sales. Of course, from a DevOps perspective, nothing is that easy.

Within iOS, around 79 percent of devices are on iOS 10, and another 16 percent are on iOS 9. The other 5 percent are scattered across various earlier versions. On the Android side, version 6 Marshmallow has the largest share at 31.3 percent of the market, and there are a plethora of other versions out there. Then you have to worry about the mind-boggling variety of hardware.

For every combination of device and OS running your app, there are also users going to your mobile website on a handful of browsers. The numbers for February 2017 show 55.2 percent of the market is on Chrome, and 29.84 percent are looking at you through Safari. That leaves 14.96 percent of the market to be divided up among the default Android browser, Opera Mini, IE (at 1.02 percent, as hard as that is to believe) and many other contenders. It is significant to note here that the market leader did not even exist five years ago, so any apps you build now must be designed to work on browsers that haven’t been invented yet.

The second subset of problems within the user tech consideration is geographic variation. How your app runs on 4G LTE in the city will be very different from 3G in rural areas. While Atlanta was judged to be the fastest city in the nation with downloads averaging 16.9 Mbps, users in the capital of Washington, D.C., can only work at 9.2 Mbps.

The final subset covers issues related to the connection medium: Wi-Fi, cellular data, NFC, Bluetooth, ZigBee, WiMAX, HSPA, EV-DO, etc. It should be clear that there may be wide variations in digital experience based on the connectivity medium of various features within your app.

It is not always the user’s fault. Old-school IT support tends to start with that assumption, but there are times when the problem originates within your own network or results from network latency generated by external errors.

Everything that is happening on your servers, from DDoS attacks to viral videos to presentations in the conference room, could impact the performance of your app. As microservices becomes the dominant design model, it has become more common to see distributed applications get hung up in communications across the network. How will you track down which team is at fault or even assign fault when communications between microservices break down? The bigger question is, how will you correlate what happened on the front end with what happened on the back end?

The second set of problems implies the third, which has to do with establishing a more unified view of your digital experience beyond just the IT world or whichever departments are involved. If your app involves contractors or third parties, the bigger view is larger than your company itself.

It takes a paradigm shift to see your app as a unified tool. You have to assign a central command that takes a unified approach to keeping internal and external teams in agreement. This is the level where a team will determine the proper processes to launch at a moment’s notice and mitigate the damage from issues in real time.

A central command outpost running DEM is needed to ensure a swift diagnosis of the performance anomalies. Then the DevOps team can resolve the issues and deploy fixes with minimal disruption to whatever the end user wants to do. Ideally, you want to do it with zero downtime or at least an SLA of nine 9’s (0.0864 milliseconds of downtime per day).

About the Author / Kevin Goldberg 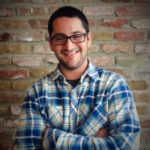 Kevin Goldberg works in marketing at SolarWinds working on the Monitoring Cloud team. Prior to SolarWinds, he worked at AppDynamics and WalkMe. Follow his ramblings on Twitter at @Kevin_Goldberg.

Now, more than ever, companies who rapidly react to changing market conditions and customer behavior will have a competitive edge.  Innovation-driven response is successful not only when a company has new ideas, but also when the software needed to implement them is delivered quickly. Companies who have weathered recent events ... Read More
« SauceCon Speaker Profile: Angie Jones, LexisNexis
From Architect to Operator: The Rise of Developers »