Atomist today announced it is extending the capabilities of its software delivery automation platform to include drift management tools that make it easier to identify changes to code.

Now in beta, that capability is based on an open source project dubbed Org Visualizer, which makes it possible to clone an entire project hosted in a GitHub repository via a single click and then visually inspect it.

DevOps teams also can leverage a built-in Policy Manager to capture and track changes in code, define custom policies that automatically apply updates and automated actions and generate progress reports showing how close they are to achieving a target policy goal.

Atomist CEO Rod Johnson said the reporting tools provide a visual representation of what’s occurring within an organization’s codebase to make it easier to identify both overly complex dependencies and vulnerabilities.

The drift management tools are built on the software delivery machine (SDM) concept that lies at the heart of the company’s core platform, Johnson said. The Atomist platform is based on a domain model for software delivery constructed around an application programming interface (API) server and GraphQL, an open source data query and manipulation language. That approach eliminates the need to master, for example, complex YAML files to deliver software. The addition of the visualization tools not only make it easier to see what’s going on in the development environments, but they also make it easier to identify areas where technical debt in the form of bugs and vulnerabilities is building within an application development project, he noted.

The sooner those issues are addressed, the more probable it becomes that DevOps teams will deploy reliable, secure code, rather than needing to update it or roll back the entire application, Johnson added. 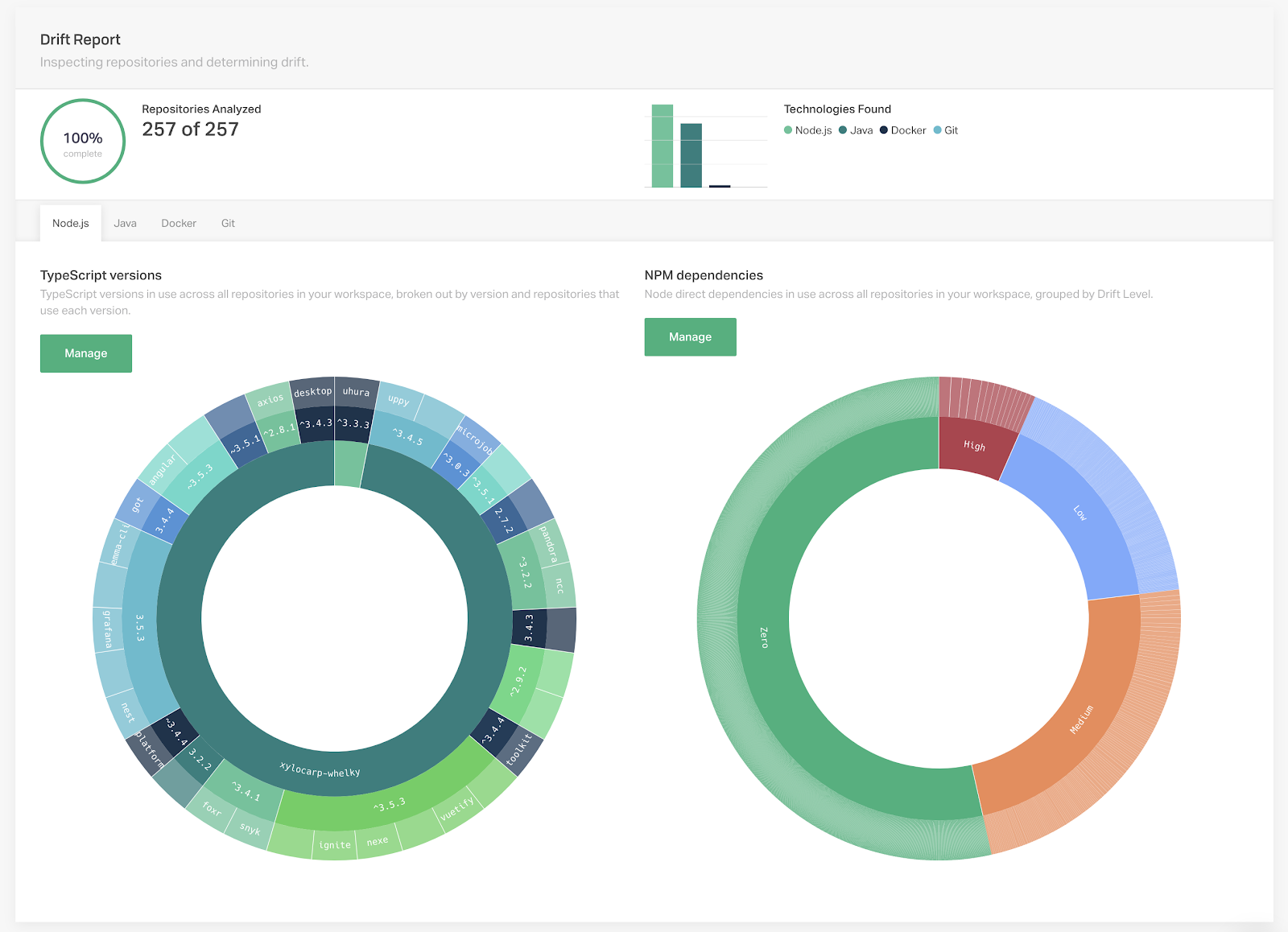 In general, there’s been a lot of DevOps progress when it comes to automating continuous integration within the context of application development project. However, automating the delivery of software has proven to be a more elusive goal. As the rate and amount of code being developed continues to accelerate, it’s now only a matter of time before software delivery automation becomes a more pressing issue. Manual deployment processes prone to errors only serve to aggravate application development and deployment backlog at a time when business leaders are demanding IT teams become more agile.

At the very least, tools that enable DevOps teams to visualize the scope of the challenge ahead should help frame a realistic conversation about what’s truly achievable, given the current state of the codebase.

While building constructive culture, engaging workers individually and helping staff avoid burnout have always been organizationally demanding, they are intensified by the continuous, always-on notion of DevOps.  When we think of work burnout, we often think of grueling workloads and deadline pressures. But it also has to do with mismatched ... Read More
« Qualitest Appoints Yoav Ziv as Chief Transformation Officer
Opsview Announces New Splunk Results Exporter »