Making consistent progress within any DevSecOps initiative often can be an overwhelming undertaking. Developers tend to outnumber operations dramatically, with little to no security accountability. This leaves DevSecOps doomed to work with the same network security stack that was originally designed decades ago for on-premises environments. Still, the expectation is to support shrinking deployment cycles on cloud-native and hybrid environments without compromising on security standards.

To deliver on such a tall order, DevSecOps teams are armed with security groups and access lists (which are more of the same distributed firewall technologies) to secure a perimeter that essentially no longer exists. This article will help you figure out how much time you have left before your CI/CD pipeline is overrun by zombies (quite literally) and what you can do about it. 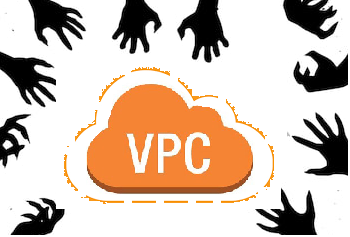 Rule-based management of network infrastructure has worked for decades—and no doubt will continue to support many enterprises well into the future, unless your production environment includes a public cloud footprint that supports continuously deployed release cycles. That’s when things start to get a little weird. Instead of letting go of the binary perimeter premise (inside versus outside) and redefining it completely, security practitioners have essentially re-created multiple virtualized perimeters in the public cloud. In theory, you could spin up at least as many perimeters as you have running instances. Unfortunately, the same network rules that worked well for the one perimeter break down in a virtualized environment that has hundreds of instances supporting dynamically changing requirements. In fact, the very nature of the cloud is driven by business logic at the application layer, which is decoupled from network infrastructure by design. This creates a Catch-22 situation for cloud-native security pros, forcing DevSecOps teams to manually map network rules to highly agile and virtualized business logic. No human can realistically deliver results over time (and stay sane). The reality is, rule-based network management can never keep up with the requirements of cloud-native business logic.

Regardless of how skilled DevSecOps teams are, or how motivated they are to lead the brave new world of continuously secure deployment, the harsh truth tends to be disappointing. While DevSecOps presumably aspires to deliver agility without compromising on security, practitioners spend much of their time doing just that. Trapped by a security culture that has favored bureaucracy over automation for decades, DevSecOps tends to perpetuate the very dichotomy that triggered the emerging practice. In a cloud-native culture driven by innovation and automation, agility comes first. This inevitably becomes an exercise in futility—the more agile your deployment, the more vulnerable you become. That means giving up on the very idea that rule-based network management is a viable security methodology. The complexity of managing several dedicated security groups (up to five) for every instance rapidly spins out of control. Given the imperative to maintain the cloud’s agile environment, many teams consciously sacrifice security on the altar of agility, leaving a gaping attack surface vulnerable to unrestricted access.

The challenge is to prevent any unauthorized code (benign or otherwise) from infiltrating cloud deployments before any sensitive data or workloads are compromised. In the absence of robust automation to support this process, the challenge is often ignored. When that doesn’t work, the solutions often remain in the realm of bureaucracy, focusing on anecdotal symptoms without addressing the root cause.

The inevitably grim question is not if your deployment is at risk, but how vulnerable you are and how soon is likely too late. The results are measurable and often disturbing. Below is the standard KPI checklist most DevSecOps are familiar with: 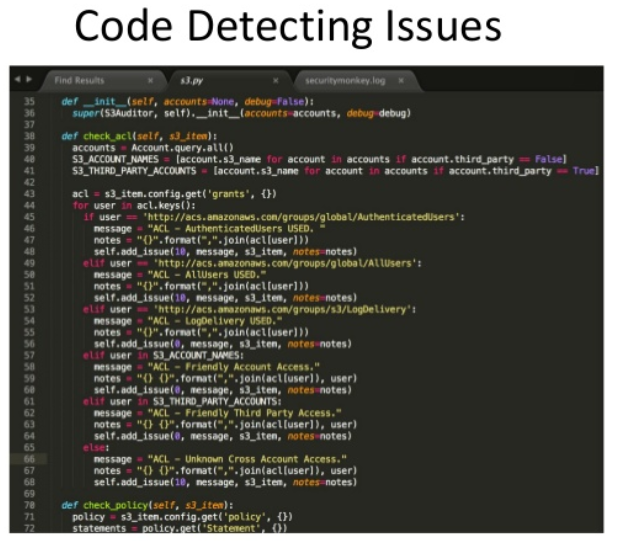 The bad news is, no cloud deployment can eradicate the above issues entirely, using familiar technologies. However, you can mitigate some of the damage: Scan your network more regularly using your favorite open source tool (check out a great example implemented on Netflix Security Monkey presented by Ryan Hodgin). Never leave an entire network flat granting anyone unrestricted access. Ideally, take the time to evaluate new technologies designed to secure cloud-native deployments.

DevSecOps teams are gradually accepting that cloud-native deployments require a fundamental paradigm shift to sustain a defensible security posture without sacrificing agility. Many believe (this author included) that we are witnessing a cloud-native security revolution, much like the one triggered by the internet in the 1990s. DevSecOps can certainly address the symptoms described above, but security policies will continue to fail miserably if they both remain entrenched at the network layer and rely on bureaucracy.

“The Automated Enterprise” e-book shows the important role IT automation plays in business today. Optimize resources and speed development with Red Hat® management solutions, powered by Red Hat Ansible® Automation. IT automation helps your business better serve your customers, so you can be successful as you: Optimize resources by automating ... Read More
« Enhance DevOps Experience with AWS Smart Tools
Top Trends in DevOps for 2019 »