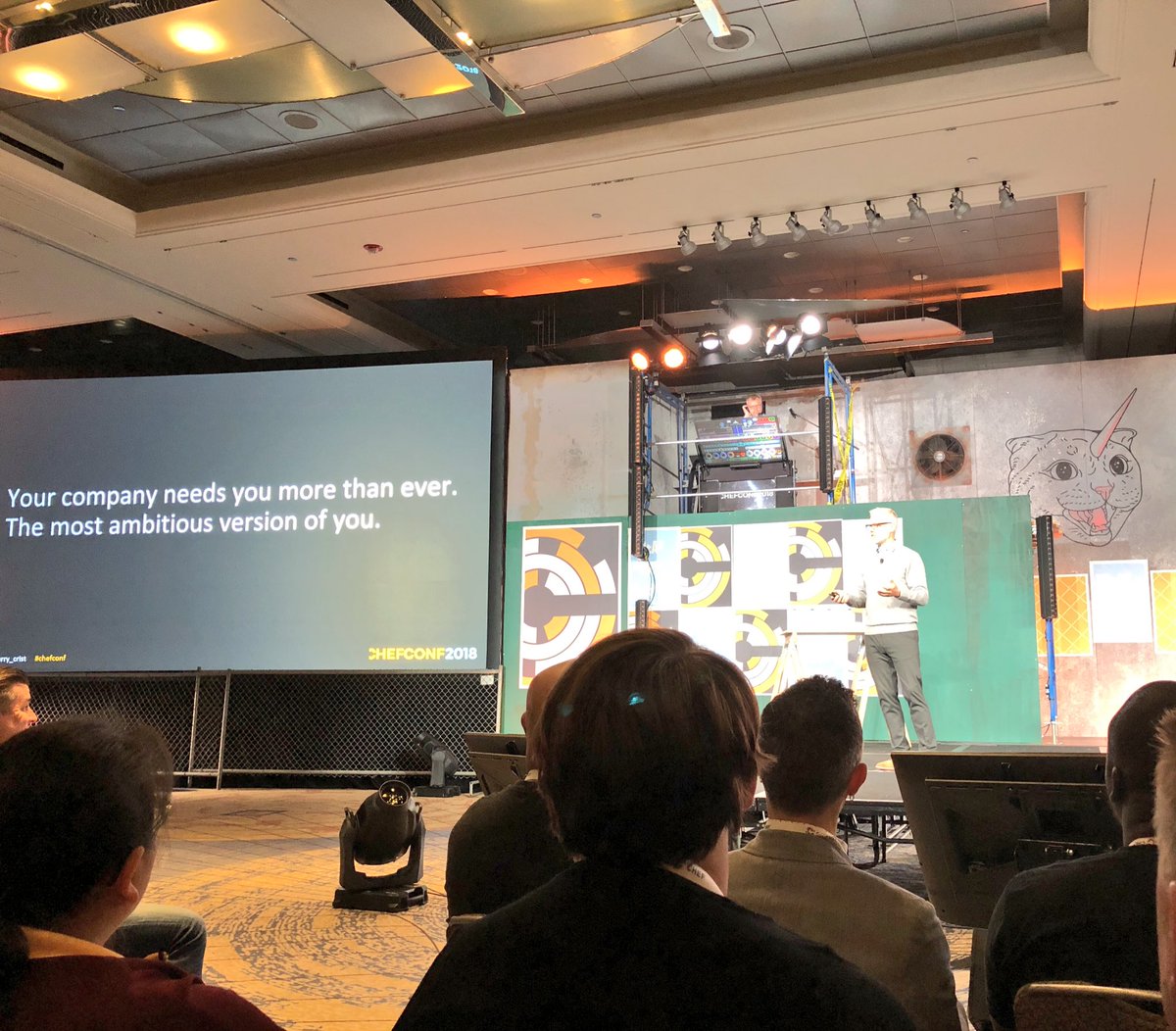 Here I am in Chicagoland for my third ChefConf. I caught the keynotes today with Nathan Harvey, Barry Crist, Adam Jacob, Corie Scobie and more. The big news at this year’s event is that Chef is focused on more than just infrastructure and compliance—Chef is bringing automation to apps and the entire software delivery life cycle.

I spoke with Chef CEO Barry Crist about this and he said there is a sea change taking place with software is delivered. Chef has seen this wave coming and, over the last few years, has been retooling its offerings to match this. Today, Chef Automate and Chef Habitat represent the heart of Chef’s arsenal in its mission to offer the premier platform to automate the software development, deployment and security life cycle.

I personally have seen this shift over the last few years. I think back to when we launched DevOps.com. Chef was already a popular solution within the DevOps community; however, most people will tell you that they used Chef for configuration management. It was great to be able to make sure that as you spun up new instances in the cloud, your infrastructure was configured exactly as you wanted. By automating and using a Chef-type of solution, you could spin up new instances at-will and their configuration would be exactly the same or exactly as you desired.

At the time, that was pretty cutting-edge. People were writing Chef recipes for all kinds of tasks—again, usually around configuring infrastructure.  With the advent of microservices, containers, Docker and Kubernetes, this type of automated deployment has become commonplace. But the need to automate, especially with security and compliance and app deployment, is perhaps an even bigger mission.

Crist acknowledged these facts during his keynote. In speaking about Habitat, Crist noted that not only did many of Chef’s customers not understand the real story behind Habitat, but that half of Chef’s own employees didn’t, either. One person who did was Julian Dunn, director of product marketing, who I interviewed on DevOps Chats about Habitat when it first launched. Tony Bradley wrote that it could be a game changer back then, as well.

Habitat has come a long way since then and still has a ways to go to grow into its ambitious potential, but it is very functional right now. Chef has several clients here at ChefConf talking about their Habitat deployments and plans. Chef now tags Habitat with Automate Any App Anywhere – Build, Deploy, Manage.

Perhaps further along than Habitat, however, is Chef Automate. In fact, Chef Automate 2.0 was announced ChefConf, and it seems to be an almost complete rewrite of the program, as it is now built on Microsoft Go. Here is Chef’s take on Automate 2.0:

Chef Automate has been rebuilt from the ground up to provide performance, scale and advanced analytics required by enterprises using DevOps at scale to meet the demands of post-digital transformation. Chef Automate now provides a single control plane for infrastructure and compliance automation to enable a closed-loop ‘detect, correct, automate’ process to make infrastructure effortless.

Additionally, Chef has released something called Chef Workstation. From the release:

Chef Workstation enables DevOps teams and practitioners to complete ad-hoc DevOps tasks using all of the familiar Chef capabilities, without agents. This provides a simple and effective way to use Chef to complete tasks and then seamlessly scale those tasks through Chef Automate.

Finally, new enhancements to Inspec, Chef’s compliance and security solution, were announced. Besides security and compliance being built into most everything Chef does, Inspec now sports:

I will report more as it comes here in Chicago and ChefConf 2018.

The entire CI/CD/ARA market has been in flux almost since its inception. No sooner did we find a solution to a given problem than a better idea came along. The level of change has been intensified by increasing use, which has driven changes to underlying tools. Changes in infrastructure, such ... Read More
« Digital Intelligence Systems, LLC (DISYS) Announces Acquisition of the Assets and Business of Xtreme Consulting Group, Deepens Core Competencies & Expands Service Offerings for Talent and IT Solutions
SignalFx Raises $45 Million in Series D Funding »