DevOps … is a term used to refer to a set of practices that emphasize the collaboration and communication of both software developers and information technology (IT) professionals while automating the process of software delivery and infrastructure changes. It aims at establishing a culture and environment where building, testing, and releasing software can happen rapidly, frequently, and more reliably. — Wikipedia

We are all, I believe, familiar with the fact that culture is an important factor when adopting DevOps.

Most engineers and technologists are probably tired of having the “C” word thrown at them: culture.

Because let’s be brutally honest: DevOps value comes from the automation stuff. The latest “State of DevOps” report confirmed “that automation is a key differentiator for organizations.” All the shiny technology that supports the “continuous-es”: continuous integration, continuous deployment, continuous delivery, with infrastructure as code and spinning up servers in the cloud and then collapsing them when no longer needed, with other cool technology concepts such as containers, microservices and a whole array of sexy build, test and monitoring tools. Just when we start getting excited about it and drooling about the new tools we get to play with, somebody else pipes up with that culture. stuff again …

Groan. Just let us get on and do IT!

But equally, probably the most important part of the “continuous-es” is continual learning and improvement, because again, let’s be honest: The real value of DevOps takes years to realize. It is not a one-time, overnight migration with a simple press on the ‘Install DevOps” button. It is an iterative exercise involving people from the end-to-end value stream; therefore, it is all about continual experimentation, learning and improvement—and doing it with people from different siloes who don’t usually like talking to each other. So, it’s a “cultural thingy.”

If it’s not somebody talking about culture and collaboration and communication, it’s one of those “frameworky-geeks” talking about agile, scrum, lean thinking and IT service management (ITSM) and how we need “flow,” “process engineering,” “voice of the customer,” “kaizan,”kanban,” and a whole host of other Japanese-zen-like mysterious terms which only consultants are qualified to talk about and do, as they are the enlightened-ones (probably with their own secret handshake or Doctor Spock type split fingered salute!).

“DevOps is a philosophical movement,” we hear. Now, if there are two things that I wouldn’t normally associate with each other it is technical engineers (I was one!) and philosophy. Although I do remember trying to stare down a server once, hoping by the power of positive thought and sheer will power for it to start working again; the alternative was a sledgehammer …

Where was I? Oh, yes. So what are some of these “culture things” we should care about, apart from the “Wall of Confusion” that everybody keeps talking about? “We’re not confused! It’s the other lot on the other side of the wall that don’t get it!”

Below are some of the key discoveries relating to the culture, or soft skills, issues that teams experience and recognize during the DevOps business simulation, “The Phoenix Project.” Before you start getting all excited again, this is not a computer game in which you can win points by zapping Ops people who get in the way or setting phasers to stun when you see a developer about to release some more untested code or beam up an uppity product owner who tells you that what you coded may have been what they asked for but isn’t what they were thinking. This business simulation is a dynamic, interactive, classroom-based workshop in which people have to get together—face to face—and, well, communicate and collaborate! The simulation workshop has been performed with literally hundreds of DevOps teams across the globe and across different industries, and is used to support DevOps training and to help empower teams. (see a blog posted on this site).

What are Some of These Key Learning Points and Takeaways?

I have mapped these discoveries onto the DASA (DevOps and Agile Skills Association) competence model, particularly the “Skills & Behaviors” area.

And finally, the latest “State of DevOps” report also confirmed the importance of skills and behaviors, particularly what it calls “Transformational Leadership”: “By 2020, half of the CIOs who have not transformed their teams’ capabilities will be displaced from their organizations’ digital leadership teams.” The survey continues: “Leaders are the ones who set the tone of the organization, and reinforce the desired cultural norms.” Oh! There is that “C” word again. Are we ever to escape it?

What are the characteristics of a transformational leader, according to the State of DevOps findings?
Vision, inspirational communication, intellectual stimulation (challenges people to think about problems in new ways), supportive leadership, personal recognition. These characteristics are one of the reasons why leadership is one of the four key Skills & Behaviors in the DASA competence model.

A simulation experience helps make the “C” word become a reality. Delegates can translate it from a buzzword into meaningful behavior. The simulation allows delegates to see, feel and experience the benefits of communication and collaboration, while helping them to translate DevOps theory into practice.

As a leader, you can use a simulation exercise as an instrument to communicate your vision in an inspirational way. End-to-end stakeholders can be brought together and stimulated to explore and develop DevOps skills, knowledge and competences together. At the end of the simulation experience teams have been empowered to capture takeaways they want to apply.  As a leader, you can support them in translating the captured takeaways into real behavior and helping shape together a DevOps culture for your organization.

About the Author / Paul Wilkinson 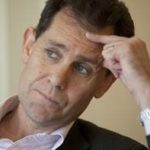 Paul has been actively involved in the IT industry for more than 35 years. Fulfilling a wide range of roles ranging from computer operator to IT infrastructure operations manager. He was co-author of the ITIL publication, “Planning to Implement IT Service Management,” and was a member of the ITIL advisory group for ITIL Version 3, and the architects team for ITIL Practitioner. Paul is also co-director and owner of GamingWorks, the company that developed the internationally renowned “Apollo 13 – an ITSM case experience” ITSM simulation game and most recently the “Phoenix Project – DevOps business simulation,” which is based upon the Phoenix Project book . He was also co-author and developer of the “ABC of ICT (The Attitude, Behavior and Culture of ICT)” publications, having conducted ABC workshops and simulation workshops with delegates representing more than 4,000 organizations worldwide. Follow him on Twitter or connect with him on LinkedIn.

While building constructive culture, engaging workers individually and helping staff avoid burnout have always been organizationally demanding, they are intensified by the continuous, always-on notion of DevOps.  When we think of work burnout, we often think of grueling workloads and deadline pressures. But it also has to do with mismatched ... Read More
« Infostretch Introduces New CloudBees Enterprise Jenkins Training Services, Driving DevOps Transformation
Today’s DNS: DevOps’ New Best Friend »