Continuous development and deployment is a primary focus of DevOps teams. As part of this process, DevOps teams also require the automatic creation or removal of networks, and automated deployment to production. Automation is a closer guarantee that the process will be done right the first time because the fewer the number of manual steps involved, the less likelihood for human error. Intelligent DNS improves DevOps project life cycles by integrating DNS tasks into your software development and automation tools.

The internet has come a long way since its humble beginnings, from the Advanced Research Projects Agency Network (ARPANET) of the 1960s to an entity that is mission-critical for the world’s commerce. This system is now tested and taxed in ways that were not even conceived of when it was originally designed. One of these early elements, DNS, is now a potential bottleneck for network performance in general and DevOps teams in particular.

One of the benefits of cloud computing is that it enables DevOps teams to automatically create and remove servers as needed for development and testing. Infrastructure as code (IaC) enables cloud computing to build infrastructure automatically using robust APIs that build servers and add applications as needed. Traditional DNS, with its mostly manual management, becomes a bottleneck for this automated rapid configuration of infrastructure. This is why organizations need an intelligent DNS solution. Intelligent DNS with a robust API can seamlessly interface with current DevOps software, removing the bottleneck that traditional DNS can become.

DevOps’ blend of cultural philosophies, practices and tools increases an organization’s ability to deliver applications and services at high velocity. DevOps allows organizations to evolve and improve products at a faster pace than organizations using traditional software development and infrastructure management processes. This speed enables organizations to better serve their customers and compete more effectively in the market.

In addition to rapidly delivering applications and services, a goal of DevOps continuous release is to remove bottlenecks to the development, testing, and deployment cycles. This is aimed at creating an environment where the work isn’t hampered with computer delays and frustrations.

When you’re automating the creation or deletion of 100 virtual servers with a single mouse click using IaC, waiting for 30 minutes to see if DNS changes appear at the edge servers delays your project. Your DNS needs to move as fast as your IaC software and service discovery processes. At this point, intelligent DNS with rapid change propagation becomes essential. When choosing DNS vendors to support your DevOps environment, make sure to include speed testing for the network’s propagation for changes.

Where IaC Comes In

The aim of DevOps professionals is to create and sustain server environments that closely resembles the way software developers build and maintain application source code. IaC is the way DevOps teams make that happen.

IaC is based on three primary constituents:

IaC is next-generation technology for DevOps environments. When combined with CaC products, it changes the way software is built and delivered. Continuous integration and continuous deployment are a large part of the DevOps world that all still depends on DNS technology to connect everything on the network.

The Role of Service Discovery

Service discovery is needed to enable your apps or servers to identify which services are available on the network and which IP addresses and ports are associated with them. Previous methods of tracking this information no longer work in the DevOps age.

Since modern infrastructure is so scalable and changes so quickly, keeping track of service information inside a periodically updated database doesn’t work anymore. Instead, you have to be able to discover services in real time and update your service information continually. Three common service discovery tools are: Consul, Apache Zookeeper and Etcd (with Registrator and confd).

A tight integration with your managed DNS provider as part of your overall strategy means that service discovery can work hand in hand with the DNS configuration so both systems remain in sync.

DevOps needs the same types of robust features you would want for your external internet traffic: end user-facing DNS. You should align with a vendor that can provide the flexibility, agility and reliability you require to deliver your applications.

Look for features including:

These elements are necessary, but a more important item on your checklist needs to be redundancy in all layers of the stack, including DNS. Because no vendor is completely bulletproof, use at least two authoritative DNS providers to set up redundancy. Following these guidelines will improve your DevOps’ life cycle by using intelligent DNS.

About the Author / Kimberly Lacerte 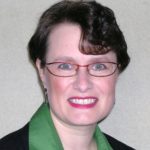 Kimberly Lacerte has 14 years of experience in computer and technical writing. She is currently the Content Marketing Manager at NS1 in Bedford, N.H. Previously, she has written for Veritas, Symantec, Health Dialog and Dyn. Kimberly holds an English BA from UNH and an MBA from Southern NH University.

« Simulating DevOps to Discover the ‘Culture Thingy’
CloudCoreo: Get Your Cloud Security on at Jenkins World »