There’s good news for those interested in a career in DevOps or development — there are plenty of opportunities. And there’s even room for those with unconventional backgrounds, according to a newly released report from CodinGame.

Developers know that opportunity abounds, and their confidence was reflected in the survey. When asked the question, “On a scale of 0 to 10, with 0 being extremely difficult and 10 being extremely easy, how easy do you think it is to change jobs as a developer?” developers surveyed gave an average answer of 7. “Despite the difficulties 2020 has thrown at the world, developers are just as confident this year as they were last year (in our 2020 survey, developers also gave an average score of 7 out of 10),” the report said.

When asked, HR professionals believe that they will have the biggest challenge filling DevOps, back-end developer and full-stack developer positions this year. Roughly 43% of respondents said they will struggle to hire DevOps professionals. When it came to front-end and full-stack developers, 41% said they will have challenges hiring both classes of developers. A full one-third of respondents said it would be a struggle to hire architects.

According to the survey, tester, CTO, data or business analyst, applications developer, mobile developer and systems engineer are among the easiest positions to fill, with 15% or fewer respondents citing those positions as challenging to fill.

Still, whether they are relatively easy to fill or not, almost all of these positions are heavily sought after. In order of demand, according to respondents:

“These rankings confirm changes many of us have been experiencing,” said Aude Barral, co-founder and chief communications officer at CodinGame. “For instance, the shift away from on-site operations is reflected in the ranking of systems engineers and the prioritization of DevOps and other roles that support the virtualization of the enterprise. Also interesting is the status of C-level engineering talent. To me, it shows that hiring organizations are retaining current senior personnel and not making strategic changes until the market stabilizes,” Barral said.

Not surprisingly, HR professionals plan to focus heavily on candidate experience, talent retention and employer branding. According to the survey, HR professionals will be working on new areas of team building, events aimed at recruiting and on developing new recruitment processes. These include 80% of HR professionals planning to recruit developers with non-academic backgrounds and 48% of companies offering developers the possibility to work 100% remotely.

Average salaries for developers varied widely, according to the survey. While front-end developers, at $34,946, were paid the least, software architects, at $74,585, were paid the highest salaries. 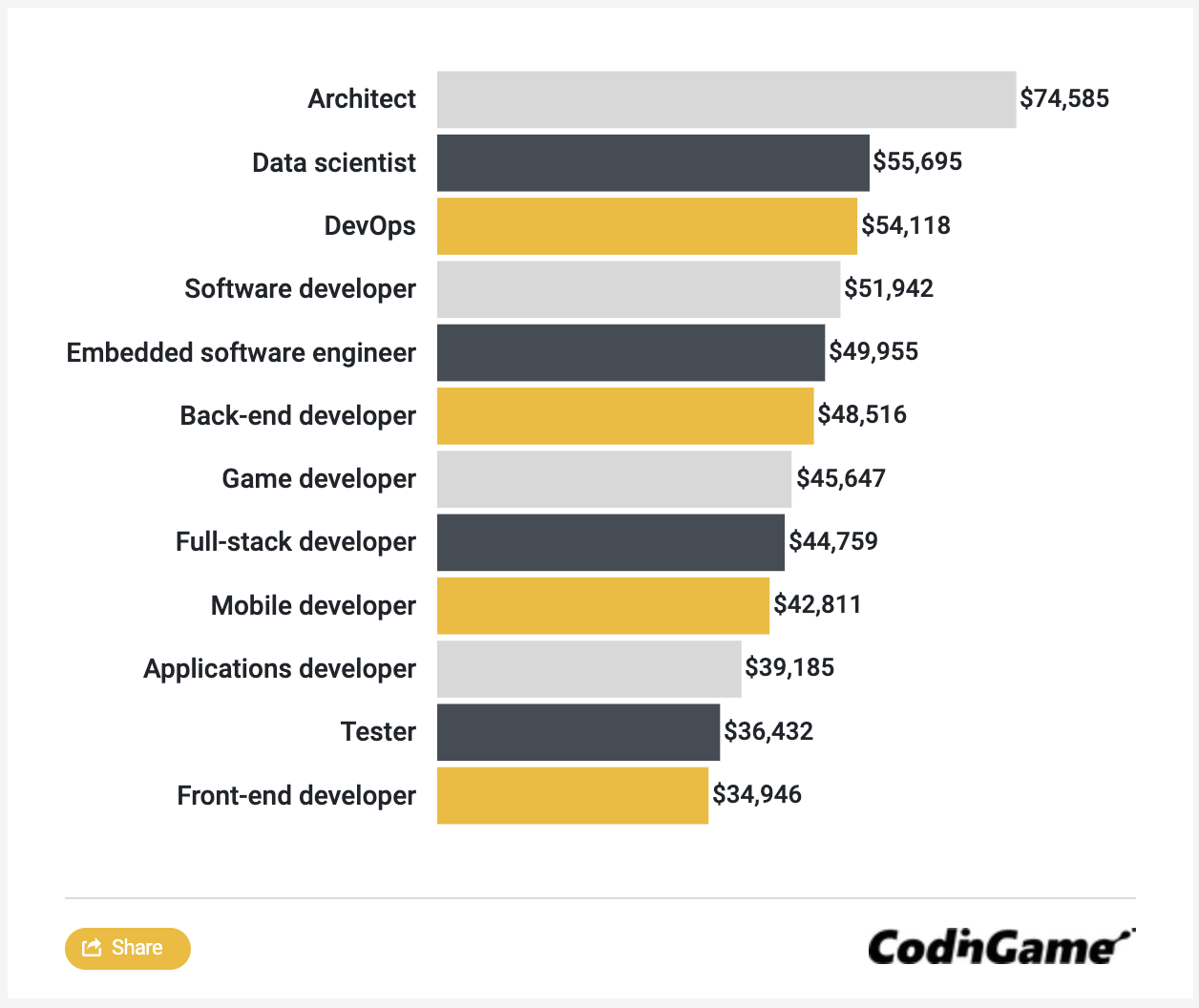 “We’ve also seen more tech recruiters hiring developers who haven’t followed the traditional academic route,” Barral said. “A computer science degree is no longer a must-have if you want a career as a programmer. With the wealth of online and offline resources available to everyone, coders of all levels of technical competence can improve their programming skills, opening up job opportunities in the booming tech sector,” Barral said.

Open source components have become an integral part of today’s software applications — it’s impossible to keep up with the hectic pace of release cycles without them. As open source usage continues to grow, so does the number of eyes focused on open source security research, resulting in a record-breaking ... Read More
« Enterprise Insecurity
On-Premises Software Delivery Tool: Build or Buy? »