Another one of the over 50 video interviews we did at DevOps Enterprise Summit 2016 is our discussion with Adrian Cockroft. Adrian is was one of the last presenters at DOES this year, but that was a good enough reason to stick around until the end. Adrian’s presentation was on the challenges in retaining talent at high tech organizations.

Before we dive into the talent conversation though, Adrian talks a bit about his own journey from Netflix where he pioneered so much of what we see in the DevOps market today. After Netflix, Adrian joined Battery Ventures, where he had the opportunity to go visit with numerous large organizations and find out what was working for them and what their challenges were. He was able to use that information to help guide Battery in which companies they should invest in to add to their portfolio. After several years at Battery, Adrian has recently left to join AWS where he will once again be directly involved as the VP of Cloud Architecture.

But as I said earlier, Adrian’s presentation (truth be told he only had one slide or so, it was more of him speaking) was about the lack of enough qualified people to fill the ranks. This pressure results in successful companies having to “grow” their existing talent. But as Adrian points out the very act of letting this talent grow also leads them to move on. As they become more prominent in the field they are more likely to be recruited away. So how do you retain talent? Adrian tells us some of the things Netflix did to keep their engineers. Of course what Netflix did does not translate to many traditional organizations though.

Obviously, monetary compensation helps an awful lot. But there are things beyond money (sometimes). Things like giving people titles like distinguished engineer for example.

Adrian also brought up the example of Brent in the Phoenix project. How by giving him a different role, you not only remove the bottle neck, but also keep him happy in his new role.

As usual, it was great listening and learning from Adrian. His reputation as one of the leading lights in the DevOps space is well earned and well deserved. Enjoy the conversation! 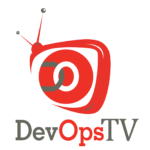 You can see over 50 video interviews we did at DOES 2016 on our YouTube channel, DevOpsTV.