From where I sit in the DevOps community, there is often more focus on dev than on ops. Damon Edwards (@damonedwards) of SimplifyOps sought to change that with his talk, “Ops Happens: DevOps Beyond Deployment,” at the All Day DevOps conference.

Damon dove right into the primary, systemic force behind most DevOps problems: silos. The product development process goes like this: Planning—>Dev—>Release—>Operate. The problem lies in the tendency of many enterprises to place similar functions together. Everyone ends up in a silo. Then walls build up between the silos. Eventually, people only know life in their silo, making handoffs even harder. 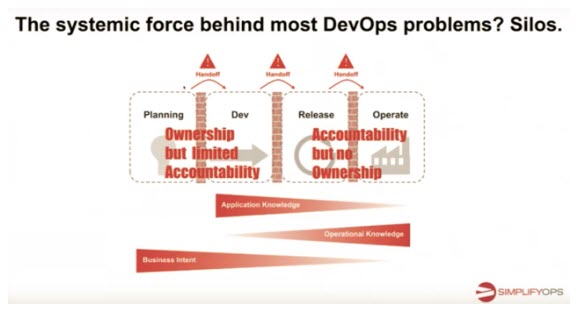 While many enterprises are striving toward building cross-functional teams, the reality is that the transformations often stop short of truly integrating operations. The result?  Silos remain.

So, one has to ask, why is this so hard? 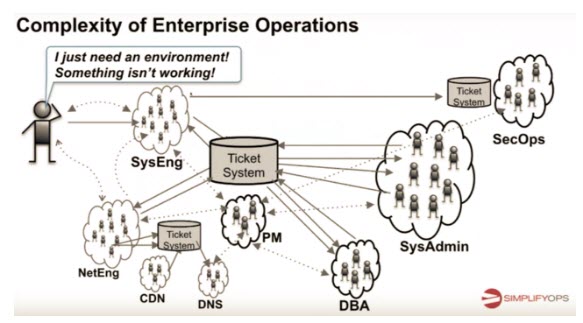 For the operate function, enterprises should be:

However, shifting operations to the left is much more difficult. How do you do it? Embed ownership.

That sounds simple, but raise questions: 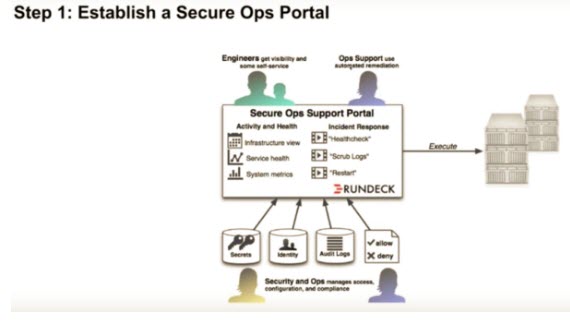 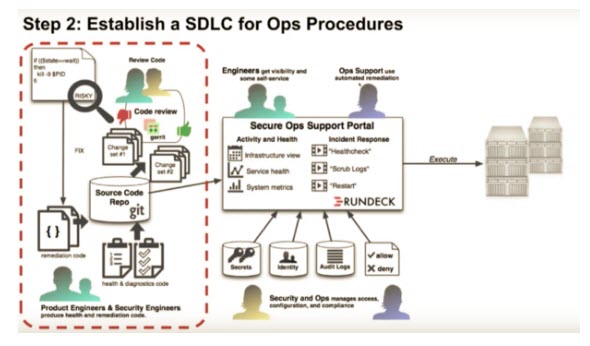 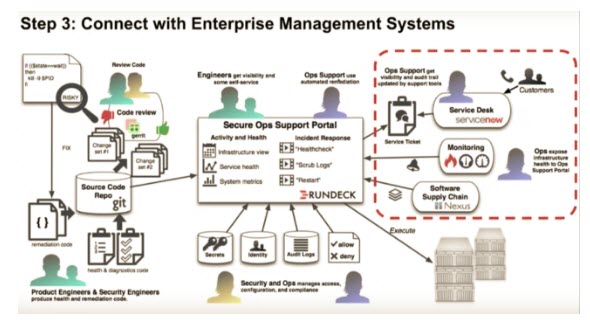 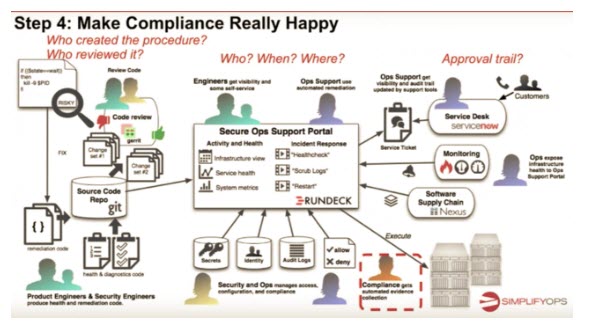 Ticketmaster is a real-life of example of this working at a large, prominent scale. Ticketmaster calls its system, “Support at the Edge” and it involves: 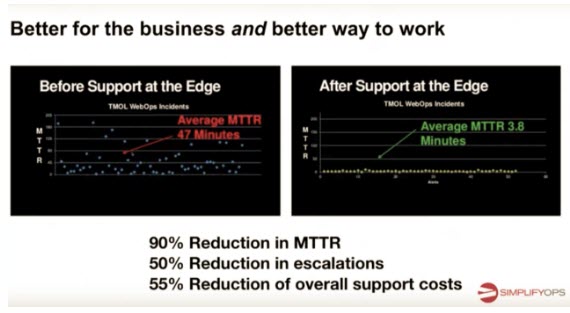 Damon has more details in his talk, which you can watch online here. If you missed any of the other 30-minute long presentations from All Day DevOps, they are easy to find and available free of charge here.

Finally, be sure to register you and the rest of your team for the 2017 All Day DevOps conference here. This year’s event will offer 96 practitioner-led sessions (no vendor pitches allowed).  It’s all free, online on Oct. 24.

The entire CI/CD/ARA market has been in flux almost since its inception. No sooner did we find a solution to a given problem than a better idea came along. The level of change has been intensified by increasing use, which has driven changes to underlying tools. Changes in infrastructure, such ... Read More
« Survey: DevOps Divide Grows a Little Wider
Tailoring Enterprise Collaboration: Strategies for Success »