At DevOps.com we spend a lot of time talking about the many companies who are making tremendous progress building better apps and products, being more profitable and serving their customers better. But every once in a while we need to remind ourselves that not every company, not every product or app works like it should. FRESHeTECH, makers of FRESHeBUDS is a great example. A product that is of shoddy quality as evidenced by many reviews of real customers and even worse customer service. These two qualities combine to a fast track to failure. 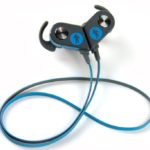 Let me give you a little background. We were looking for some simple bluetooth earbuds to use around the office for conference calls and webinars. We were emailed an offer for the FRESHeBUDS at only $29.99 a pair. Yes, you get what you pay for and we should have done our homework. But they looked good enough. They were a local Florida company and we gave them a chance.

The first thing that should have sent a flag was that there was no way to track order status from the website. When was the last time you saw an e-commerce site where you can’t track order status? The next thing was we received an automated email that our order shipped and gave a USPS tracking number and estimated delivery. OK that sounded a little better. Alas, when the site wasn’t updated and the buds didn’t arrive again red flags. Frankly we blamed it on the USPS, not FRESHeTECH.

Finally, a week later the product arrives. Nice packaging, kind of shoddy instructions. But the buds themselves looked as they did online. We tested them out as again the instructions were pretty sparse.

We were able to get the buds to pair with two different phones. However, anytime you move the sound would cut out. Also they would only work if you held the paired cell phone up near your ear. If you lowered it below your shoulders again the sound would cut out. Our testing revealed that these earbuds had a bluetooth connectivity range of 10 to 12 inches!

Really? No one picked this up in testing? Would this not be a critical design element? Thinking maybe this was just a defective set, we opened the 2nd set of earbuds and put them through the same test. Ugh, same result. So this wasn’t a random accident, this was poor quality by design!

At this point we tried other phones and then used those phone to pair with other bluetooth headphones. No doubt about it, it is the FRESHeTECH FRESHeBUDS pro that are culprit. It appears this local Florida company probably had them manufactured in China or somewhere and choose some really poor quality design.

Now no company wants to be know as the seller of this kind of shoddy product right? Well that is when we looked on Amazon. They have a rating of 2.5 stars. The complaints from customers are pretty evenly split between terrible design and even worse customer service. That does not make for a winning combination.

So what does it take for a company like FRESHeTECH to realize that they are on a fast track to nowhere? Feedback loops, customer satisfaction – are these just crazy words to them? FRESHeTECH is reminder that even at a time when we have DevOps and other ways of improving our customer experiences, failures still happen.

The good news is the market takes care these failures by forcing them out business once word gets out about the way they do business. Hopefully FRESHeTECH will learn and improve or fail quickly.

So next time you think that your organization is not releasing fast enough, not making enough progress. Not like Facebook or Google enough, remember you could be like FRESHeTECH and really have problems.

The entire CI/CD/ARA market has been in flux almost since its inception. No sooner did we find a solution to a given problem than a better idea came along. The level of change has been intensified by increasing use, which has driven changes to underlying tools. Changes in infrastructure, such ... Read More
« The Truth Troll
A Ferrari and DevOps: More Similar Than You Might Think »