During the online GitHub Universe 2021 conference, GitHub today unveiled a bevy of updates intended to boost developer productivity by making it easier for developers to write code faster and collaborate more easily.

The GitHub Copilot tool that GitHub developed in collaboration with OpenAI, a research and development lab, to help developers write better code faster is being extended via a technical preview to add support for Java and the integrated development environment (IDE) JetBrains.

In addition, the Codespaces tools that GitHib makes available to pre-configure development environments is being extended to include support for devcontainer feature composition, the GitHub command line interface (CLI) and REST application programming interfaces (APIs) along with additional access controls. 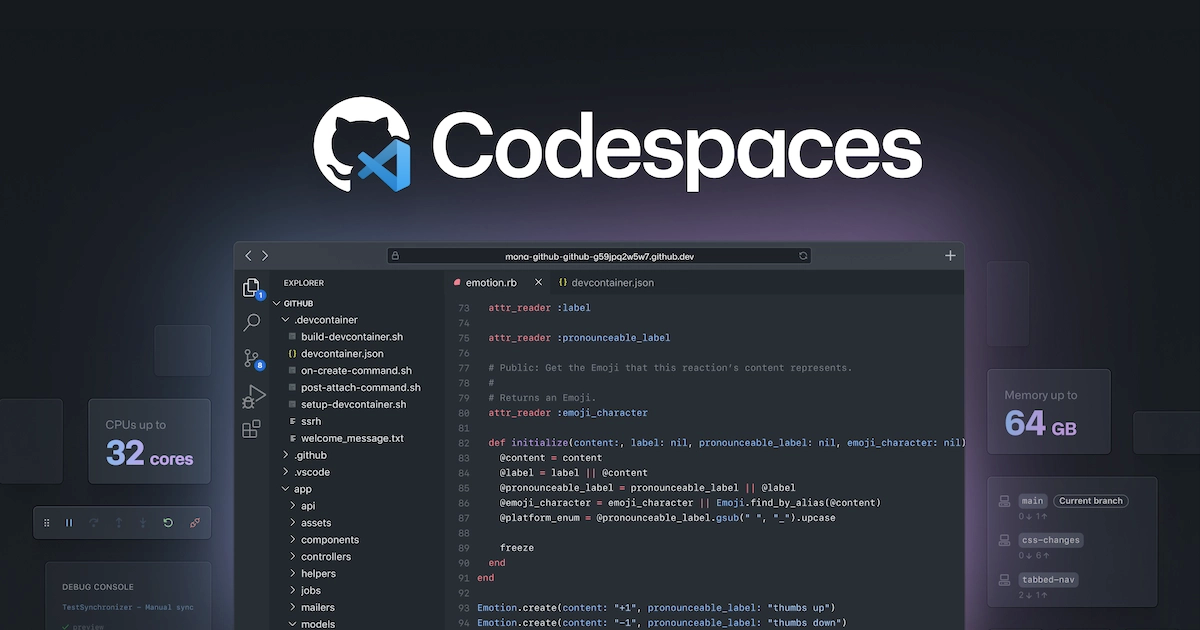 GitHub Actions has also been updated to add support for deployments using the OpenID Connect standard in addition to providing access to deployment environments to simplify approvals, improvements to reusable workflows and auto-scaling functionality for self-hosted runners.

There is also now a Command palette tool in beta to help developers navigate GitHub along with a public beta of a GitHub Issues tool that makes it simpler for developers to filter, sort and group issues and pull requests. Additional features that have been added since GitHub Issues was first previewed include iteration support, reporting and data visualization tools and the ability to employ it across public projects.

Finally, GitHub is adding, in beta, support for Ruby as a programming language that CodeQL analysis engine can now scan for vulnerabilities along with the ability to customize permissions for accessing GitHub Enterprise Cloud.

Ryan Salva, vice president of product management for GitHub, said collectively GitHub is committed to making developers more productive by, for example, autocompleting code as developers write. Support for additional programming languages will also be forthcoming in the months ahead. The goal is not to leverage AI to replace developers but, rather, eliminate the drudgery that gets in the way of developers becoming more creative, noted Salva.

There won’t come a day any time soon when developers won’t have to type to write code, but it is possible to leverage AI to provide a type-ahead capability that reduces coding errors, added Salva.

The goal should be to enable developers to create more application experiences at a time when more organizations than ever are consuming applications that drive a wide range of digital business process transformation initiatives, said Salva.

As part of that effort, Salva noted it’s also critical to reduce the amount of friction developers encounter writing code starting with setting up the development environment itself.

It’s not clear yet what impact all the focus on developer productivity and collaboration will have on the rate at which applications are being built and deployed. However, as developers become more productive, the number of application development projects that can be launched simultaneously should increase. In fact, there may come a day when applications are being built faster than organizations can deploy them without adopting continuous delivery best practices that rely on higher levels of automation to install software.

Regardless of that application delivery challenge, however, it’s a problem most organizations right now would consider themselves fortunate to have.

“The Automated Enterprise” e-book shows the important role IT automation plays in business today. Optimize resources and speed development with Red Hat® management solutions, powered by Red Hat Ansible® Automation. IT automation helps your business better serve your customers, so you can be successful as you: Optimize resources by automating ... Read More
« BMC Looks to Advance ServiceOps Approach to Managing IT
Intel Woos DevOps Teams with API and Processor Advances »