Vince Arneja, chief product officer at GrammaTech, said integration with continuous integration/continuous delivery (CI/CD) platforms such as GitLab is critical because it enables security scans to run automatically any time code is merged. That capability reduces the amount of code that is scanned at any one time, Arneja said.

GitLab, meanwhile, is providing its own tools for analyzing artifacts as they move through the software development life cycle. The GrammaTech tools, available via the highest tier level made available by GitLab, analyze code at a deeper level, said Arneja. 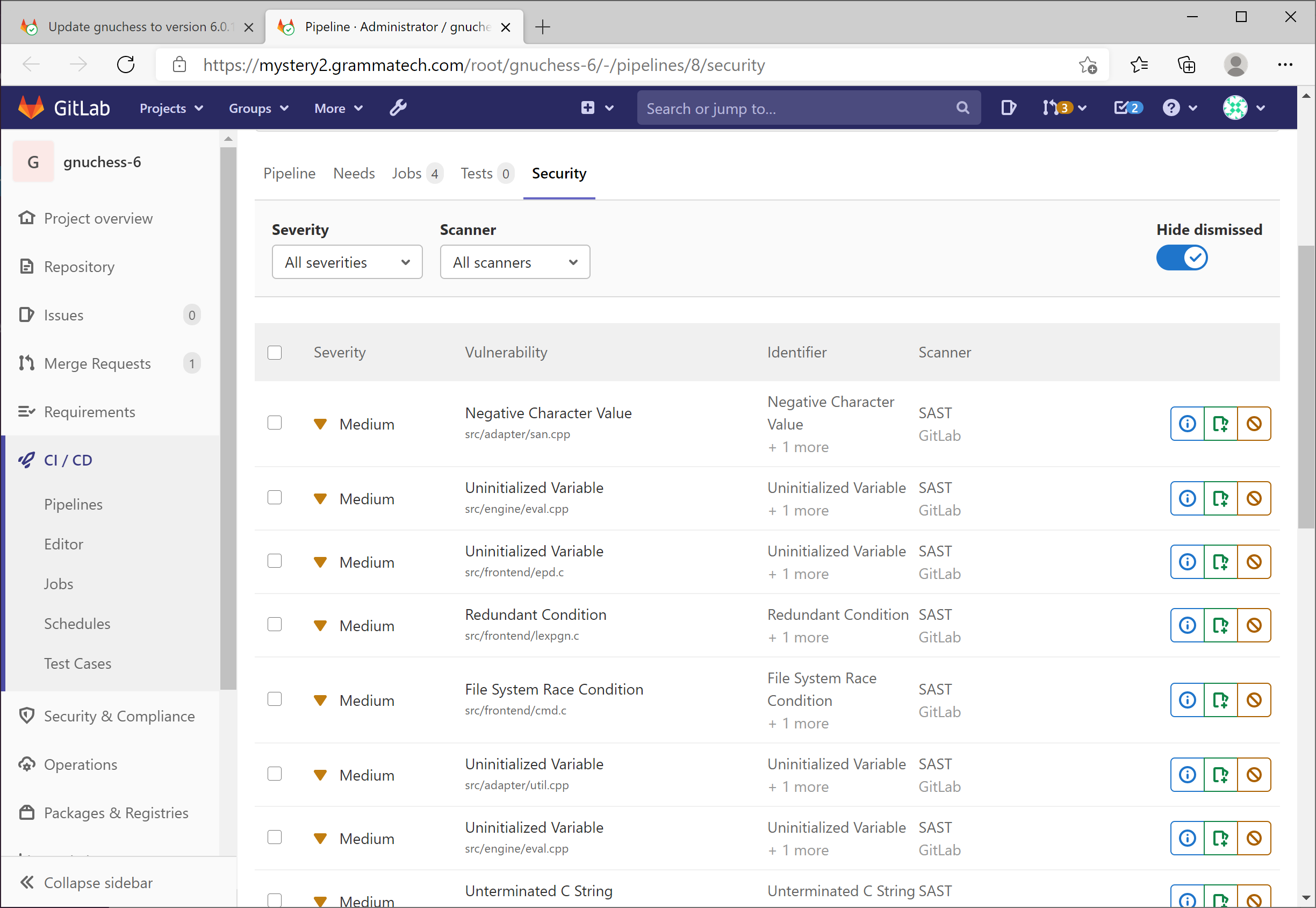 Ultimately, the goal is to enable developers to discover security flaws as early as possible in the application development life cycle. The later those flaws are discovered, the more expensive they become to fix, Arneja said.

Developers, naturally, tend to postpone security scans as they race to meet an application deadline. That practice creates issues; the more code there is to analyze, the longer such scans take. It’s generally more efficient to scan smaller amounts of code more frequently. Otherwise, developers can become overwhelmed by the number of security bug fixes that need to be addressed at the back end of the application development process. Automating security scans allows an organization to move toward embracing DevSecOps best practices in a way that doesn’t rely on a developer remembering to initiate a scan.

Most developers are not deliberately ignoring security issues – it’s just that the existing, manual processes for discovering those flaws is inefficient.

Application development teams are also under pressure to reduce the total number of bugs that need to be fixed after an application is deployed. As the number of applications being deployed steadily increases, developers can find themselves spending more time fixing bugs than writing new application code.

Most organizations are not very far along in their journey toward embracing DevSecOps. However, as it becomes easier to integrate a variety of scanning tools within DevOps workflows, the number of organizations moving up the DevSecOps maturity curve should increase. In the wake of some recent, high-profile attacks on software supply chains, the sense of urgency surrounding the adoption of DevSecOps best processes has undoubtedly increased.

In the longer term, there may soon come a day when security is viewed as just one of many quality assurance gates that code needs to pass through before it’s allowed to be promoted. In the meantime, an ounce of cybersecurity prevention at the front end of any application development is most certainly going to be worth more than several pounds of cybersecurity cure applied too late.