If your company uses custom-developed software—whether the software is developed by in-house staff or a third party—then you should care about the H1B Visa program. You should also be aware of what factors affect how this program works—and who can utilize the H1B program. Arguably, no current political or government policy topic has a more direct affect on application software development and the IT community in general than the subject of H1B Visas.

In this article we want to help you understand:

The H1B Visa program exists as part of the Immigration and Nationality Act. The purpose of H1B is to allow U.S. companies to employ citizens of foreign countries in certain “specialty” occupations. Broadly, H1B Visas were created to help U.S. companies hire talent with scarce or “hard to find” skills. In other words, companies can hire non-U.S. citizens because the companies believe U.S. citizens with comparable skills (at comparable cost) are not available in sufficient number as candidates for hire. Visas are issued for a specific term (multiple years) and an individual may—or may not—be renewed.

Around April 1 of each year, U.S. employers begin applying for new, multiyear visas. The U.S. government approves and grants visas in October of the same year, which are good for the coming year. For example, new visas beginning in 2018 were issued in October 2017. The visas are awarded by random selection from a “pool” of applications—hence the term “Visa Lottery.” There are actually two lottery selections each October:

What Skills Are We Hiring?

OK, so what are the skill sets of people being hired through the H1B program? IT professionals are being hired—this is by far the largest group that receives visas! Each year the U.S. Citizenship and Immigration Services publishes an annual report. According to its 2016 annual report, 75 percent of H1B visas were issued for computer-related jobs. 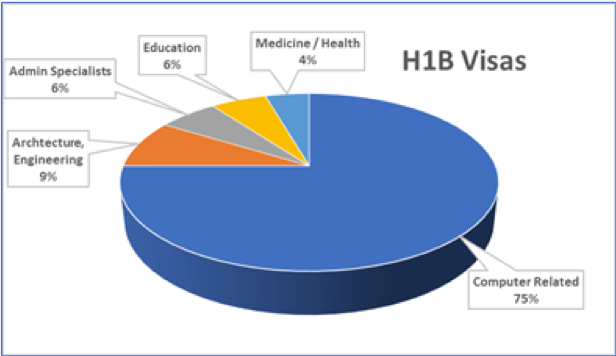 On April 18, 2017, President Trump signed a “Buy American, Hire American” Executive Order, which established broad policy guidance to federal agencies. Government agencies are asked to take steps to give preferential treatment to U.S. citizens in hiring practices and to U.S. businesses in commerce. In particular, the U.S. Immigration Department was charged with evaluating elements of the H1B Visa program. Many suspect that additional steps will be taken in 2018 to further restrict the H1B Visa program.

A Rigged Game Against SMBs?

Some advocates of small and midsize businesses (SMB) have complained that the H1B Visa program unfairly favors large businesses. Two of the most common examples given are: 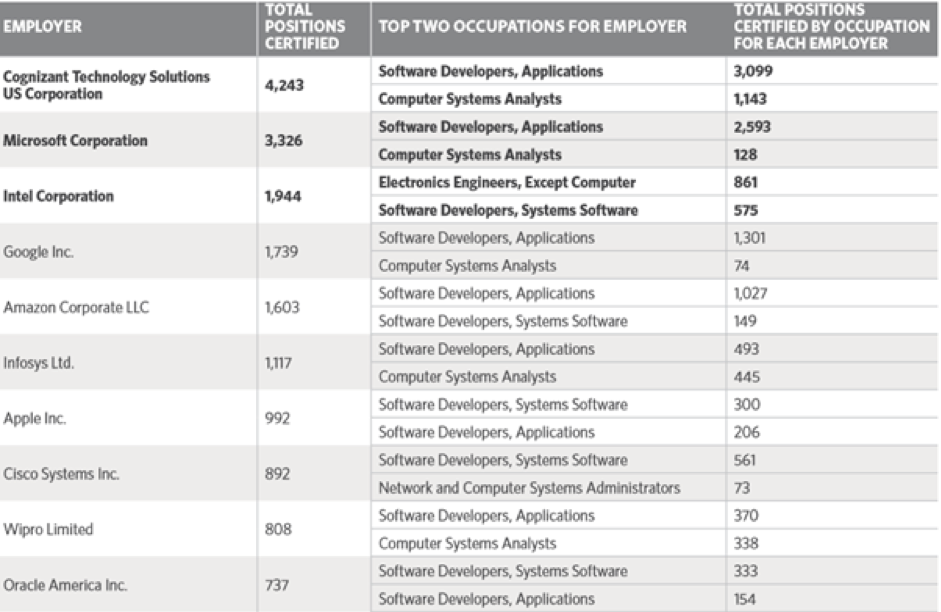 Looking at the particulars of this situation, these are our key takeaways:

“The Automated Enterprise” e-book shows the important role IT automation plays in business today. Optimize resources and speed development with Red Hat® management solutions, powered by Red Hat Ansible® Automation. IT automation helps your business better serve your customers, so you can be successful as you: Optimize resources by automating ... Read More
« The Era of Intelligent Testing
Creating a Better Plan with Agile Data »