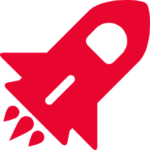 A new company, Launchable, aims to improve your delivery velocity by helping you be much smarter about which tests you run and when. By applying machine learning (ML) and better use of the data output by your software development work, the two co-founders think they can make a meaningful impact on development efforts.

Sure, you say, lots of developers say they can change the world. But in this case, the co-founders have some very impressive résumés to give you confidence they just may do it. The dynamic duo is none other than Harpreet Singh, former GM of Atlassian BitBucket and VP of Product and Design at CloudBees, and the one and only Kohsuke Kawaguchi, founder of Jenkins and CloudBees Chief Scientist, most recently.

Wait a second, you may be asking, you’re saying KK from Jenkins/CloudBees has started a new company? Yes, that’s what I am saying. In a podcast that will be available very soon, KK and Harpreet talk with us about Launchable’s why—and why now. Stay tuned for that.

It’s worth noting that KK has been at CloudBees for 10 years and working on Jenkins for 15 years. In the tech business, that is nearly a lifetime. During our podcast, KK said he felt that with Jenkins being passed to the Continuous Delivery Foundation (CDF), coupled with a healthy group of leaders within the Jenkins community, now was a good time to move on to the next adventure.

Beyond Jenkins, CloudBees has grown into its own next phase, with lots of exciting developments announced and more coming. The scientist in KK has led him to explore solutions to problems he sees in the way so many companies are doing development. His longtime friendship with Harpreet, dating back to their days at Sun, has energized them both to once again work together and tackle the real problems that development teams are facing.

What will come out of Launchable? I don’t know. But the company has already attracted some blue-chip VC investment, as well as an impressive list of angels including Sacha Labourey, CEO and founder of CloudBees.

They (like everyone else, it seems) are hiring development engineers and data scientists. So if working with KK is something that appeals to you, head over to the Launchable site and check out the Careers section.

I am sure we will be hearing more about Launchable in the days, weeks and months ahead. In the meantime, best of luck to Harpreet and KK, and many thanks for a job well done with Jenkins.

The entire CI/CD/ARA market has been in flux almost since its inception. No sooner did we find a solution to a given problem than a better idea came along. The level of change has been intensified by increasing use, which has driven changes to underlying tools. Changes in infrastructure, such ... Read More
« Accelerated Strategies Group Launches Mission to Disrupt the Technology Analyst Model
Applitools Announces Winners of the Global Visual AI Rockstar Hackathon »