At a recent Lean project report out to stakeholders, a piece of analysis was presented which showed the quantity of metrics being captured, in various areas, at different organizational levels. IBM’s Watson had been used to generate the chart, and it told an interesting story. But that story needed some translating. 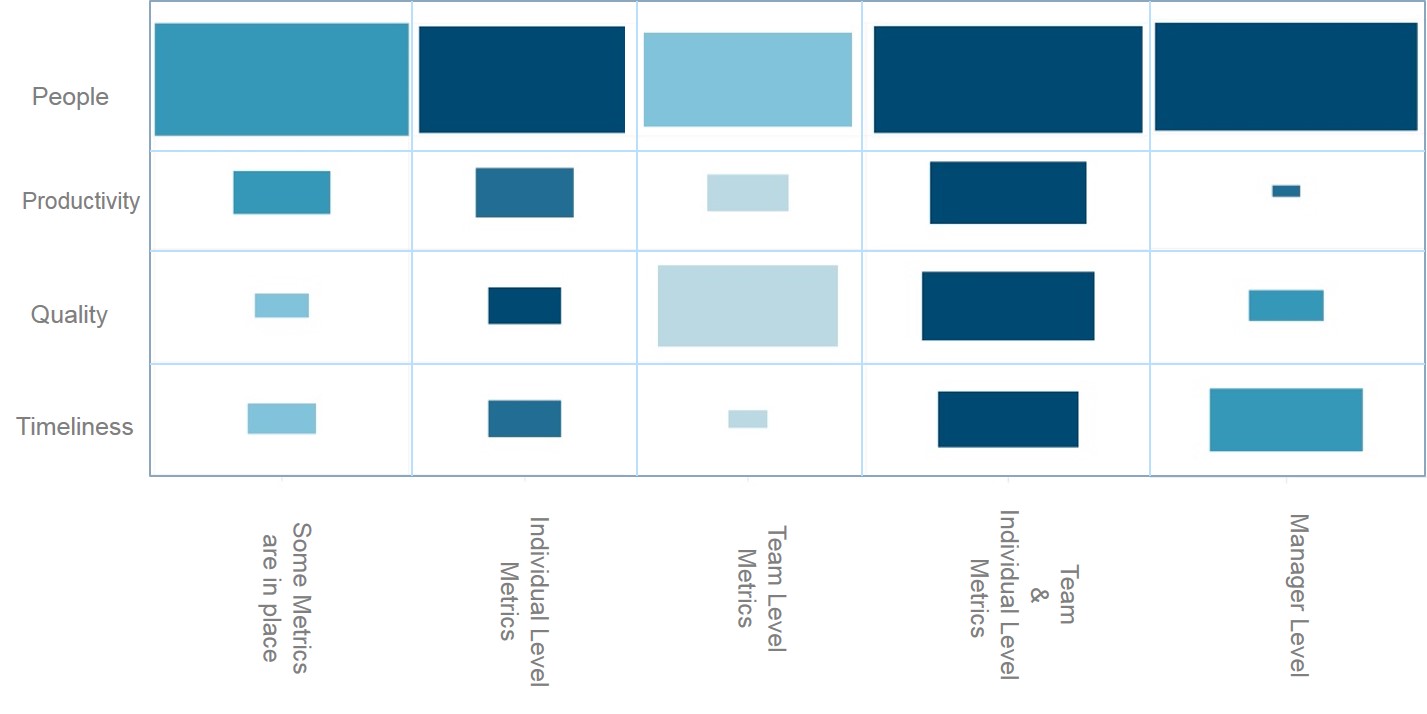 ‘Look at all those metrics under ‘Managers”, said one Director, with enthusiasm. ‘Seems like they’re looking at a lot of different performance measures for their people’.
‘Yes,’ said the Lean Coach, ‘but is that a good thing in itself?’
Another Director chimed in, ‘Well, when I look at how few metrics are being captured on timeliness I wonder how anyone knows how they’re doing.’

As an IBMer, and Six Sigma Blackbelt, I’m pre-disposed towards data. Information can be power. But with too much being reported, it can be hard to see the wood from the trees. Performance metrics are intended to allow teams and leaders to improve their performance. For many of those people, reading charts and interpreting data may not be a core skill and it certainly isn’t how the organization wants them to spend their time. So those teams generating masses of performance metrics may not be doing themselves, or their leadership, a service.

The key is to identify the critical few metrics. Ideally leading indicators of performance issues, rather than lagging ones. Leaving aside areas like SLA adherence and budget management to those responsible for governing them, these are the handful of metrics I would suggest a DevOps team needs to watch on a daily basis:

No matter where you are in your hybrid cloud journey, security is a big concern. Hybrid cloud security vulnerabilities typically take the form of loss of resource oversight and control, including unsanctioned public cloud use, lack of visibility into resources, inadequate change control, poor configuration management, and ineffective access controls ... Read More
« 7 Sets Of DevOps Success Metrics From DOES ‘15
DevOpsQA NJ Meetup – NoSQL in Agile DevOps Model »