Lightbend today unfurled a cloud service based on a serverless framework that provides developers with a managed DevOps platform to build applications that dynamically scale resources up and down as required.

Brad Murdoch, executive vice president for strategy at Lightbend, said Akka Serverless provides access to its Java development platform environment that runs atop Kubernetes via a declarative application programming interface (API) based on the gRPC protocol. Support for additional open APIs, such as GraphQL, is planned, added Murdoch.

At the same time, Lightbend revealed today that Jonas Bonér has assumed the role of CEO in place of Mark Brewer. Previously CTO and founder of the Akka Project, Bonér is a co-author of a reactive manifesto that defines the core principles required to build applications using a reactive programming model.

Akka Serverless, available via an open beta program that provides access to limited amounts of storage, is scheduled to be generally available in the fourth quarter on the Google Cloud Platform (GCP), with support for additional cloud services planned. 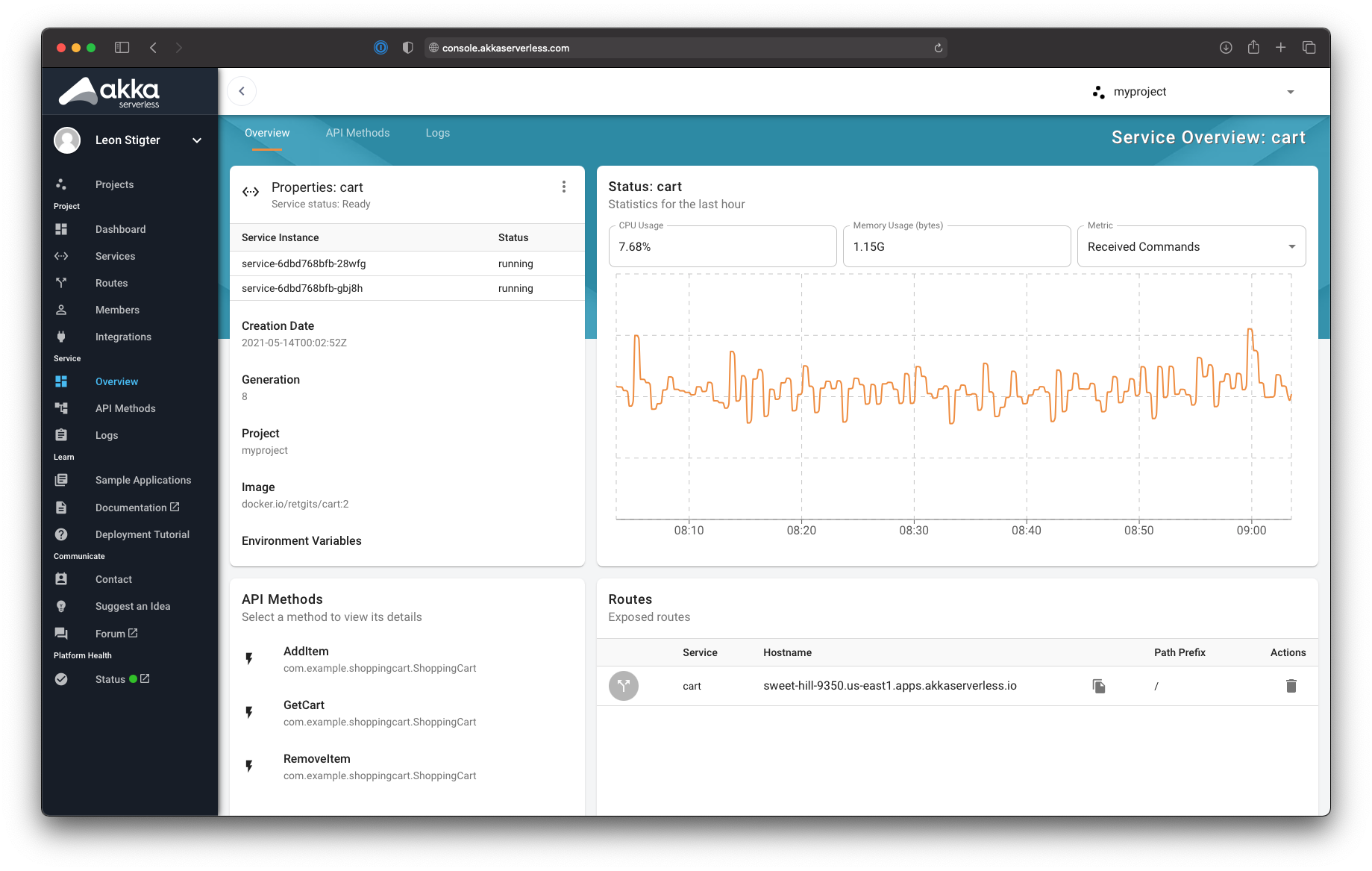 In fact, one of the reasons that adoption of serverless frameworks has been limited thus far is the inability to be employed within the context of a stateful application that requires a lot of access to data, said Murdoch.

Lightbend addressed that issue by enabling event sourced entities persist each change in state as an event that Akka Serverless writes to a journal. That journal can be used to replay events to reconstruct state at a particular time, debug or provide an audit. At runtime, a key distinguishes each entity instance from all others.

Akka Serverless is the latest in a series of managed DevOps services that automatically scales as developers request new resources. There is no need for developers to configure and manage a database on which to build their application. Many organizations are migrating to these services because they would rather focus their time and effort on building applications versus managing a DevOps platform, said Murdoch.

It’s not clear to what degree organizations will embrace managed DevOps services, which are starting to appear on various cloud platforms. However, the implication is that by choosing these types of services, organizations may not need to hire, for example, as many site reliability engineers (SREs). The challenge, however, going forward is that most of the managed DevOps platforms are currently tied to a specific cloud service at a time when most organizations are routinely using more than one cloud.

Of course, developers will need to continue to manage continuous integration (CI) processes, but, in time, the continuous delivery side of the DevOps equation may be incorporated within a managed service. Regardless of the path forward, as DevOps processes continue to become more automated, the pace at which applications can be deployed is about to significantly accelerate.

While building constructive culture, engaging workers individually and helping staff avoid burnout have always been organizationally demanding, they are intensified by the continuous, always-on notion of DevOps.  When we think of work burnout, we often think of grueling workloads and deadline pressures. But it also has to do with mismatched ... Read More
« Coalition Has Teamed Up with QuickBooks to Offer Leading Cyber Insurance Coverage to Small Businesses
Domo Joins Snowflake’s Snowpark Accelerated Program »

Accelerate State of DevOps Report: The Move to Multi-Cloud