Mendix today updated its low-code development platform to add support for Git repositories as part of an effort to make it easier to share and reuse code, as well as a visual conflict resolution capability that enables developers to easily see the differences between multiple versions of the same code.

The Data Hub Connect tool enables organizations to populate that Data Hub. The first connectors being made available are an open source oData connector and connectors to Siemens Teamcenter and SAP applications. Mendix is a subsidiary of Siemens. Mendix is also including an External Entities capability that presents data from remote systems as if they were local resources.

Sheryl Koenigsberg, global director of marketing at Mendix, said the Data Hub Catalog is designed to make it easier for developers to drag-and-drop data into applications as part of an effort to streamline processes.

Mendix today also unveiled a Workflow Editor, through which development teams can invoke workflow templates for both machine-executed and human-executed processes. These workflows can be accessed via a central task manager, and pre-configured dashboards to track and manage workflows are available. 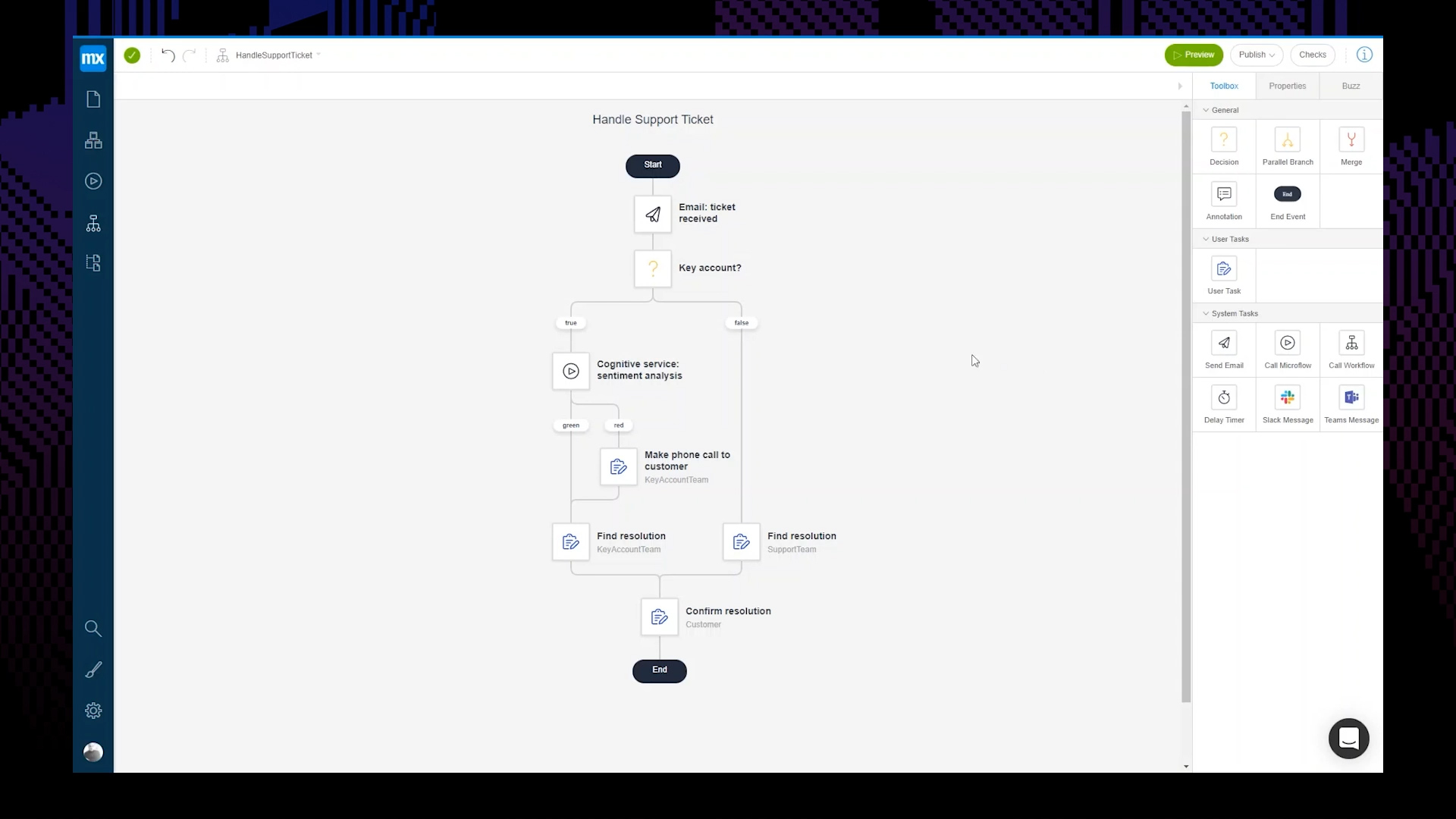 In addition, Mendix has enhanced Mendix Assist, the artificial intelligence (AI) tool within the platform to include a bot specifically focused on performance issues. Mendix Performance Assist analyzes applications against known best practices to either suggest or automatically implement changes that ensure solutions don’t implement anti-patterns that deprecate application performance.

Finally, Mendix is making available augmented reality (AR) widgets to make it much easier to build the next generation of exciting business applications. Developers can now easily create a user interface, including 3D objects, images and marker detection.

Koenigsberg said Mendix is squarely focused on accelerating the development of critical digital business applications. In the wake of the COVID-19 pandemic many organizations are turning to low-code tools to allow professional and citizen developers to build applications faster. From a DevOps perspective, low-code tools such as Mendix 9 accelerate the velocity at which applications are being built and ultimately deployed using low-code tools that abstract away much of the complexity associated with building those applications.

Mendix 9 effectively represents an effort to extend the reach and scope of that layer of abstraction across a much broader swath of the application development life cycle, added Koenigsberg.

It’s too early to say to what degree the COVID-19 pandemic has driven organizations to embrace low-code tools more broadly. However, at a time when many DevOps teams are under pressure to deliver more code faster than ever, chances are good low-code platforms are building many of the digital business applications that organizations now need to survive and ultimately thrive.