Okta this week lowered the barrier to adoption of DevSecOps best practices by making available an Okta Starter Developer Edition to enable developers to embed Okta authentication, authorization and user management capabilities into applications at no cost for up to 15,000 monthly active users.

Randall Degges, head of developer advocacy for Okta, said interest in identity management among developers is rising as a method for implementing zero-trust initiatives that better secure application environments. Rather than having to embed and maintain authentication and authorization themselves Okta is making a case for developers to invoke an application programming interface (API) to access a service that provides those capabilities on demand, noted Degges.

The Okta Starter Developer Edition, announced at an online Oktane21 event, reduces the friction developers encounter as they look to embed identity management capabilities, such as multifactor authentication, into their applications, Degges said. Developers can, for example, access enhanced documentation and sample applications as well as new integrations with Kong, Heroku and Terraform platforms and tools, alongside integrations with multiple continuous integration and continuous delivery (CI/CD) platforms. 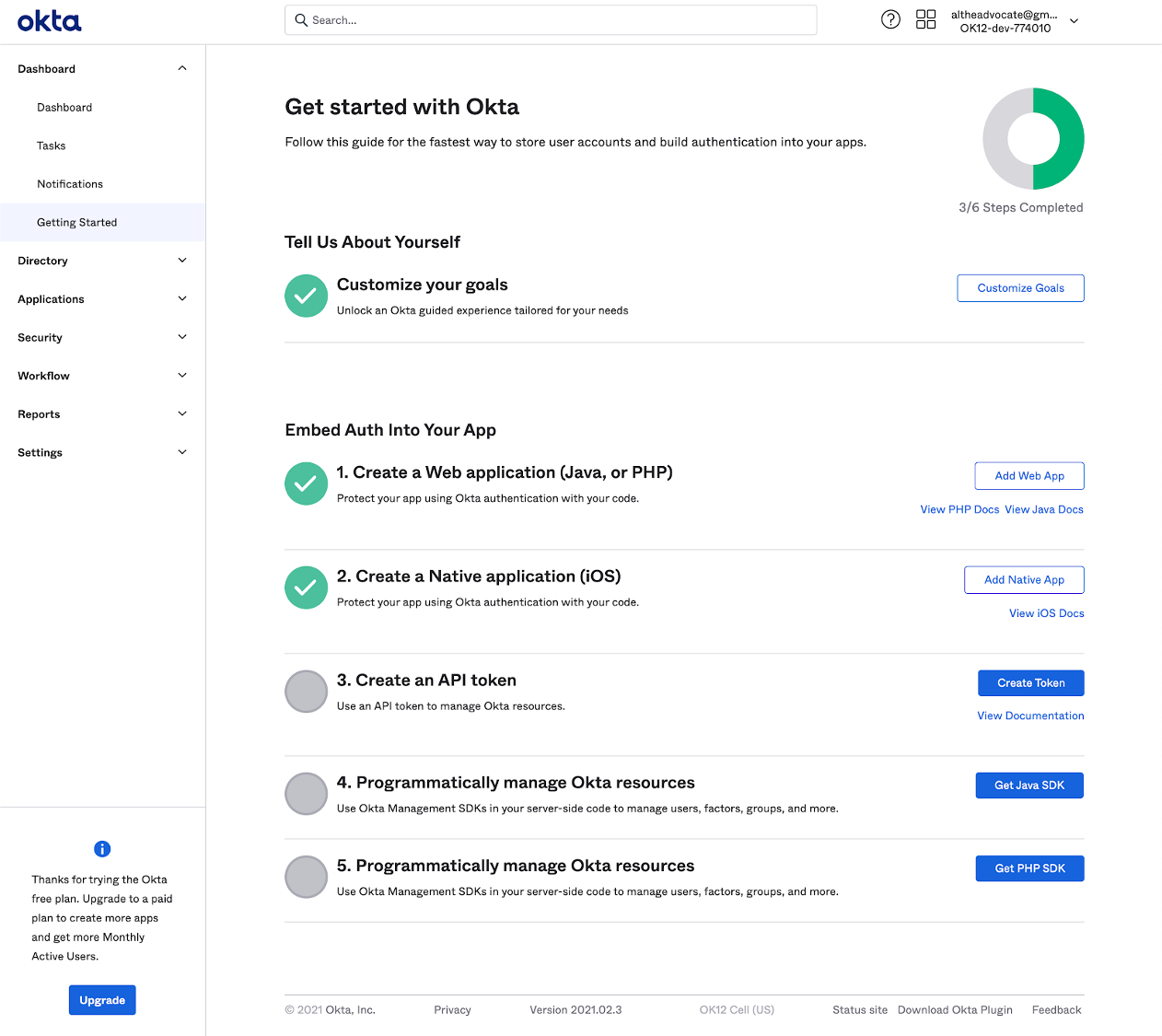 In general, Degges said, the shifting of responsibility left toward developers is happening at a much faster rate because the level of appreciation for security among developers is now a lot higher. Identity management capabilities are simply another API that developers can now invoke as part of a DevOps workflow, noted Degges.

The Okta Starter Developer Edition comes on the heels of the announcement of the acquisition of Auth0, a provider of authentication and authorization services that can be easily embedded within an application. That $6.5 billion deal, however, is not expected to close until summer.

In the meantime, Okta is moving forward with the Okta Starter Developer Edition that could eventually create a large pool of applications that will one day consume Okta services for a fee as they scale. The more applications an organization deploys, the more likely it becomes that they will have more than 15,000 active users per month.

In the meantime, the level of experimentation involving digital business transformation initiatives is likely to increase. Developers will be able to demonstrate to their often skeptical cybersecurity counterparts that their concerns have been addressed before an application is deployed in a production environment.

It’s not clear what impact access to initially free identity management services might have on the adoption of DevSecOps best practices. In many cases, developers will take advantage of a service like Okta simply to address a requirement. Their appreciation for how that service fits within the context of a larger DevSecOps workflow might not be all that high.

Nevertheless, the state of application security should improve in the months and years ahead. In fact, some developers may opt to update existing applications that, at present, do not meet zero-trust requirements to take advantage of identity management services that can be invoked via an API. Alternatively, the may also decide to replace authentication capabilities that are challenging for them to maintain and update with an API that calls a service. Regardless of the path forward, the historic divide between developers and cybersecurity teams appears to be finally narrowing.

The entire CI/CD/ARA market has been in flux almost since its inception. No sooner did we find a solution to a given problem than a better idea came along. The level of change has been intensified by increasing use, which has driven changes to underlying tools. Changes in infrastructure, such ... Read More
« How Low-CodeOps Can Transform DevOps
RapidAPI Adds Library to Invoke Kafka via API »