Home » Blogs » An IT Practitioner’s Guide To DevOps

Two technology innovations of the past decade have fundamentally changed how IT works and given rise to the “DevOps” phenomenon. Before we dive into what DevOps is and how IT organizations should adopt this culture, let’s review what gave rise to it in the first place.

The last decade has seen many organizations abandon the traditional “waterfall” software development process in favor of “agile” development. Agile is all about small, specific user-centric stories, described by a product owner and delivered in short sprints of two to four weeks by small, focused development teams.

Agile development led to the emergence of more frequent code drops from software engineers, which needed to be deployed more quickly. No longer was it okay to take days or weeks to deploy a new software version; developers working in two-week sprint cycles want deployment to work within minutes with a high degree of predictability.

Enabled by the Cloud

Before the cloud came along, access to infrastructure required human interaction and manual operations. Processes typically could not be automated effectively. This meant that operations were slow and error-prone and created a huge point of friction in the software development life cycle.

Around the same time that developers were adopting agile development, the cloud became real, and infrastructure could be orchestrated effectively using APIs to provision everything from machines and networks to storage, routing policies and firewalls.

DevOps: Closed Loop Automation Between Development and IT

Agile development and cloud computing created the perfect storm in which DevOps was born: this new way of doing IT is all about ensuring closed loops, with 100 percent automation.

Figure 1: DevOps is about ensuring a closed-loop, fully automated workflow between software development and deployment.

In the simplest terms, this meant that each of the steps outlined in Figure 1 need to be fully automated, and integrated with preceding and following steps. Doing this ensures software can be developed faster, deployed quickly, and iterated upon more rapidly.

Done right, DevOps leads to a virtuous cycle of greater productivity across development and IT, greater agility in bringing new experiences to market and greater impact on the business.

Adopting DevOps: You Can Phase It In

Organizations looking to adopt DevOps should do so in phases and define metrics for each phase. Here’s a typical phased approach that you can use as a baseline and customize to your organization’s unique needs.

Agile development and cloud computing are profound technology shifts and create the underlying culture in which DevOps can thrive. So, the first step is to ensure organizational buy-in for both of these trends:

Phase 2: Commit to a CI/CD Workflow

Continuous integration (CI) systems such as Jenkins or TeamCity provide a way to pipeline and integrate the various steps in a DevOps workflow. The choice of system doesn’t matter as much as ensuring that all steps of the workflow will be integrated (eventually) into this workflow.

Many organizations tend to have some manual steps in the packaging and deployment of their software, especially for getting it into production. This often reflects underlying assumptions about manual oversight and intervention, and it breaks the closed-loop philosophy of DevOps.

To succeed with DevOps, you need to fully automate the software packaging and deployment process. In addition, ensure that production builds are deployed in the exact same manner as developer builds, using identical environments.

Cloud technologies such as orchestration (OpenStack HEAT or AWS CloudFormations) and configuration management tools such as Ansible, Puppet or Chef can be used to implement this phase.

Once software deployment has been automated, the next phase is to automate the validation process for new software releases. If you’re like most organizations, testing involves several rounds of back and forth with QA teams and product managers, and it often takes weeks to resolve the last few bugs in each release. To reach the next level of DevOps automation, this process has to be completely lights-out and automated.

This requires a fully automated software test suite, across the back-end and front-end, so that product managers have confidence in the quality of the software being released. Once implemented, you finally have a closed loop between the critical elements of the DevOps life cycle. While release to production may still require someone to approve it or “push a button,” this is a very respectable state in the DevOps journey.

To get to the most advanced DevOps phase, you need to automate the “go live” process for software releases. This in turn will allow you to take even smaller, more frequent code drops and push them into production.

The most advanced software teams in the world now operate this way, and the organizational implications can be transformative: Developers come into work feeling that they can implement a feature and have it go live immediately, and product managers can make commitments to the business with the confidence they can deliver, because they have this incredibly efficient software delivery machine backing them. Most importantly for you, IT is no longer seen as a cost center; it’s seen as the fundamental enabler for business productivity and time-to-value.

Getting to Phase 5 represents the state-of-the-art in the industry today. However, another significant breakthrough promises to raise the bar even higher.

In each of the prior phases, the DevOps workflow is integrating software development with IT operations; but there is nothing influencing software architecture to take operations into account.

In other words, we’re still bolting IT operations automation onto software development.

This is about to change. We’re on the cusp of a new era in software: instead of bolting operations onto the software development process as an afterthought, a new framework promises to bring development and operations together by design. With declarative, infrastructure-agnostic constructs to describe how applications are composed, interact and managed, Kubernetes promises to increase the operability of modern software systems by an order of magnitude.

Everyone interested in the DevOps journey should be learning about Kubernetes and evaluating how it will improve your software development and operations workflows.

About the Author / Sirish Raghuram 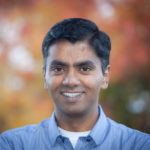 Sirish Raghuram is co-founder & CEO of Platform9. As CEO, Sirish quarterbacks the team at Platform9 in realizing the company’s vision, which, on a given day, can range from strategy and road map to shipping code and running tests. Before co-founding Platform9, Sirish was an early engineer at VMware, where he held technical and management leadership roles and helped ship multiple vSphere products. Sirish’s work was reflected in several patents, VMworld talks and internal product innovations within VMware Engineering. Sirish has a B.E. in Computer Science from the University of Pune, India. Connect with him on LinkedIn.

Open source components have become an integral part of today’s software applications — it’s impossible to keep up with the hectic pace of release cycles without them. As open source usage continues to grow, so does the number of eyes focused on open source security research, resulting in a record-breaking ... Read More
« DevOps Lessons from the Dyn Attack Fiasco
Wavefront Raises $52M in Series B Funding to Accelerate Leadership in Cloud Application Monitoring for Enterprises and SaaS Companies »