Pulumi announced today it is expanding the scope of its automation ambitions to make it easier to securely provision cloud infrastructure-as-code.

Joe Duffy, Pulumi CEO, said the Cloud Engineering Platform enables DevOps teams to use Pulumi Packages to create reusable components for automating IT infrastructure provisioning in a way that can be embedded within workflows and applications using an application programming interface (API) that Pulumi has exposed. IT teams can define a Pulumi Package in the programing language of their choice, Duffy noted.

The Cloud Engineering Platform is now generally available on the Microsoft Azure cloud, while a preview edition of the offering is available on Google Cloud Platform. Support for Amazon Web Services (AWS) is planned for later this year. 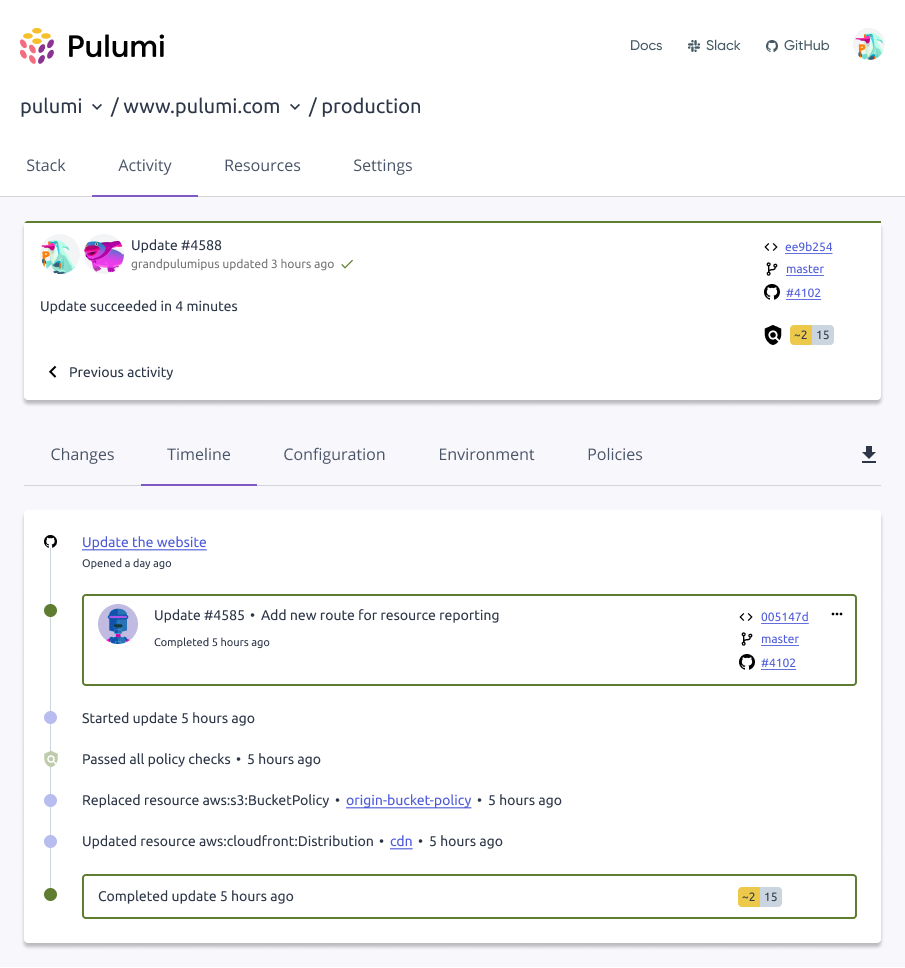 The platform itself is based on version 3.0 of Pulumi, an open source tool that developers have previously employed to manage infrastructure-as-code. Pulumi is also making generally available a tool for integrating its tools with more than a dozen continuous integration/continuously delivery (CI/ CD) platforms.

That capability, coupled with existing support for integrated testing capabilities and the tools for managing compliance-as-code based on identities, provides IT teams with a more comprehensive approach to managing infrastructure-as-code, said Duffy.

Most cloud resources today are directly provisioned by developers using open source tools such as Terraform. The issue that organizations have encountered is that developers are prone to making configuration mistakes that cybercriminals then exploit. Pulumi is making a case for an alternative approach to provisioning infrastructure-as-code that makes it easier to validate configurations using testing tools, while at the same time limiting who can access infrastructure resources by including support for the secure access markup language (SAML) and single sign-on (SSO) capabilities.

It’s not clear at what rate enterprise IT organizations will be shifting toward platforms that enable infrastructure to be managed as code in a more robust fashion. Developers that don’t always have the greatest appreciation for cloud security issues routinely employ tools such as Terraform to provision infrastructure-as-code with little to no supervision. Cloud resource misconfigurations often result in ports left wide open, and cybercriminals now make use of tools to scan for those types of misconfigurations.

Pulumi Packages provides a means for IT teams to exercise more control over the provisioning process, using vetted reusable components in a way that doesn’t compromise the rate at which developers can spin up cloud resources, noted Duffy.

As organizations focus more on software supply chains in the wake of some recent high-profile breaches, it’s only a matter of time before more questions arise about how cloud infrastructure is being provisioned. Much of the concerns organizations already have about cloud security doesn’t stem from the platforms themselves. Rather, it’s the processes employed to provision infrastructure under a shared cloud security responsibility model that results in so many vulnerabilities. Many developers assume the cloud service provider is securing configurations, only to discover later that it was their responsibility to validate those configurations. Security teams, meanwhile, can’t keep pace with the rate at which cloud infrastructure resources are being provisioned.

Hopefully, there will come a day when DevSecOps best practices leverage automation to resolve this issue once and for all. The challenge is finding the best way to achieve that goal in a way the average developer will accept and embrace.

Now, more than ever, companies who rapidly react to changing market conditions and customer behavior will have a competitive edge.  Innovation-driven response is successful not only when a company has new ideas, but also when the software needed to implement them is delivered quickly. Companies who have weathered recent events ... Read More
« strongDM hires former Slack and PagerDuty go-to-market leaders to drive next phase of growth
Perfecto by Perforce Addresses Critical Trends in Application Testing With Expanded Intelligent Test Automation »