A free digital signing service for software created by the Sigstore open source community has become generally available this week via the cloud.

Announced at the SigstoreCon event that occurred during the KubeCon + CloudNativeCon North America conference, the cloud service makes it possible for developers to both cryptographically sign artifacts and verify that the components used to build applications are secure.

The Sigstore community operates under the auspices of the Open Source Security Foundation (OpenSSF), an arm of the Linux Foundation. Sigstore project sponsors, including Google, Red Hat, GitHub and Chainguard, have committed to operating a service with a 99.5% uptime and round-the-clock pager support. More than 70 organizations, including Shopify, Autodesk, Trail of Bits and Rancher Government Solutions are actively involved in maintaining and scaling Sigstore.

More the four million Sigstore signatures have been logged using Sigstore thanks mainly to Sigstore support that is already included by maintainers of open source Kubernetes and Python projects. The npm community also announced it is working to integrate Sigstore in all packages used to build JavaScript applications.

Bob Callaway, co-founder of Sigstore and technical lead and manager for the Open Source Security Team at Google, said this service will make it much simpler for developers to add digital signatures to code in a way that can be more easily verified within a software bill of materials (SBOM).

The goal now is to expand the number of open source projects that will commit to employing Sigstore to better secure software supply chains, he added. 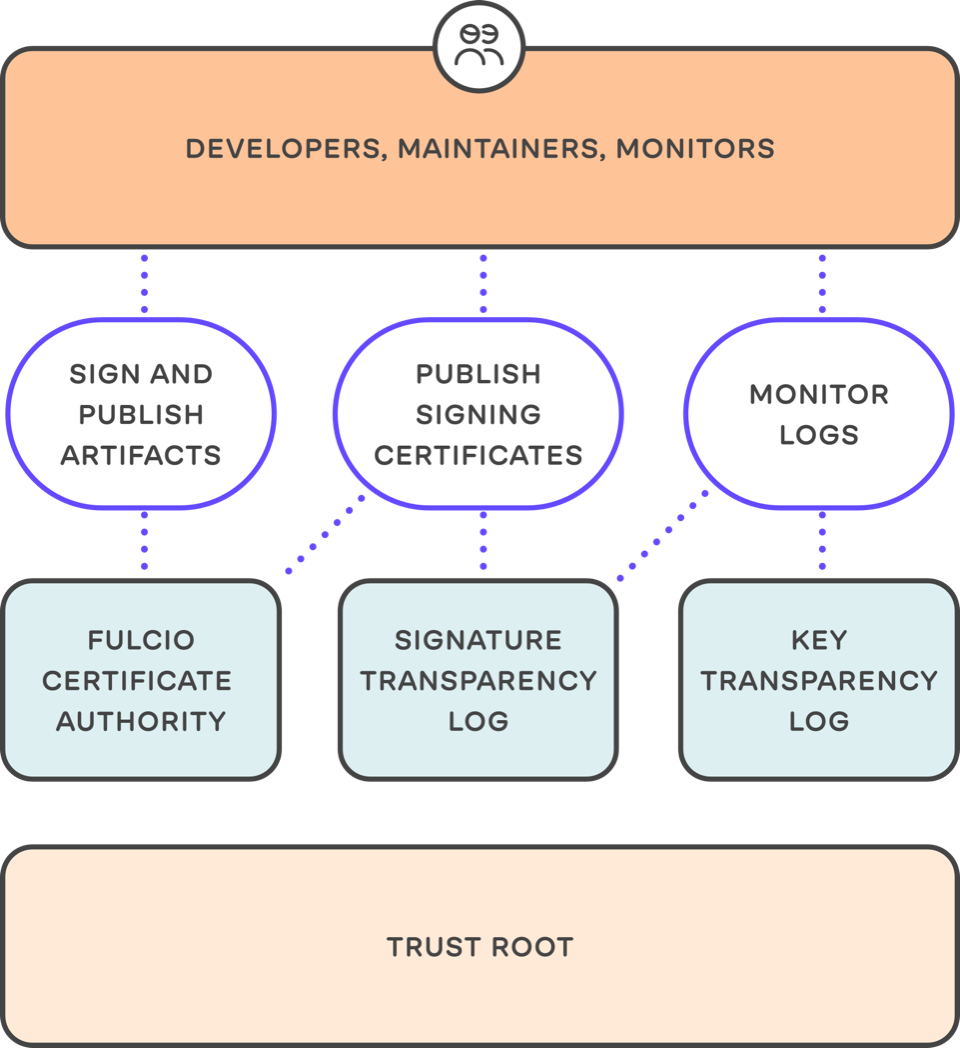 In response to the executive order, the OpenSSF outlined a 10-point plan to secure open source software that would require more than $150 million in funding. One of those goals is to have 50 of the top 200 projects and 1,000 of the top 10,000 projects adopt an interoperable approach to software signing. That project was estimated to cost $13 million for the first year and $4 million per year beyond, with a one-time additional $10 million required after the first year.

It’s not clear how broadly developers will employ digital signatures, but given the current level of concern, it’s probable most organizations will soon require any code they use to be digitally signed so it can be verified as immutable. The next big challenge, of course, is finding a way to operationalize the collection of all the SBOMs that will include those signatures. After all, SBOMs are only the first step in a larger DevSecOps workflow that will enable organizations to accept or reject software components based on all the data being collected.

While building constructive culture, engaging workers individually and helping staff avoid burnout have always been organizationally demanding, they are intensified by the continuous, always-on notion of DevOps.  When we think of work burnout, we often think of grueling workloads and deadline pressures. But it also has to do with mismatched ... Read More
« Software Quality is the Heartbeat of the Best Organizations
Fermyon Adds Managed PaaS for Building Wasm Applications »