Sonatype today launched an Advanced Development Pack service that surfaces dependencies between open source components in a way that makes it easier for developers to know which ones to employ to build the most secure application possible and what components offer the simplest upgrade path.

The Advanced Service Pack was created after studying development and cybersecurity practices across 30,000 software teams that Sonatype was able to analyze in its Maven repository, said Fox. The goal is to eliminate a vicious cycle that emerges as organizations develop applications using components that too often need to be either replaced or updated depending on the security and quality issues uncovered later in the development life cycle. By making it easier to identify the highest-quality modules available, the Advanced Development Pack serves to increase developer confidence in the quality of the open source components being pulled as they develop their application.

A Component Chooser tool, currently in beta and slated for availability next year, will also make it possible to employ project hygiene ratings based on security and license compliance as well as identify where else that component may already be in use.

The Advanced Service Pack makes it possible to evaluate open source components based on factors such as project quality, ease of upgrade and advanced knowledge of abnormal committer behavior, said Fox. Other factors evaluated include the cost of migrating to a newer or safer version of a module and whether it is possible to do so without breaking code, release frequency, the cadence of dependency updates, development team size and popularity. 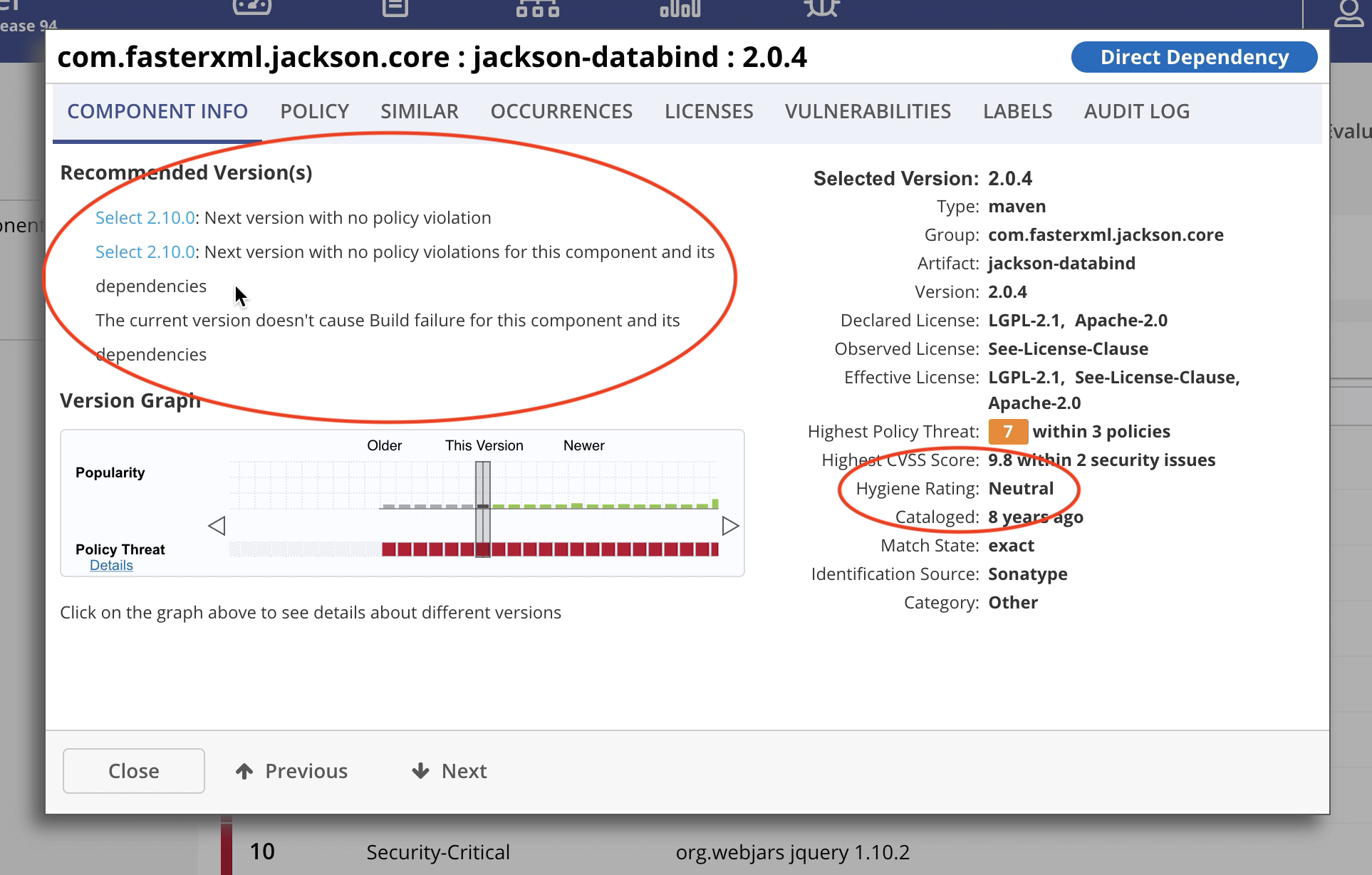 The Advanced Development Pack also furthers the adoption of best DevSecOps practices by identifying which dependencies have become vulnerable and have been remediated, as well as suspicious behavior involving project code commits that might be indicative of a malicious injection attack. It also applies machine and deep learning algorithms to automatically identify and block software supply chain attacks based on typosquatting and malicious code injection. In the past 90 days alone, the malicious code detection bots created by Sonatype have discovered 43 new malicious packages including electorn and loadyaml.

Sonatype has also included a transitive solver capability that provides comprehensive remediation advice for solving both direct and transitive dependencies without violating policies or failing builds.

Fox said that while there’s a lot of focus these days on making sure individual application components are secure, it’s also become apparent that cybercriminals are now targeting application development platforms as part of an effort to compromise the entire software supply chain. As such, DevOps teams now need to focus on securing both the components they employ and the platforms used to construct their applications.

In the meantime, there may never be such a thing as absolutely secure open source code. However, it is becoming possible to greatly minimize the risks associated.