Home » Blogs » Leadership Suite » SREs: The Happiest – and Highest Paid – in the Industry

According to the 2019 StackOverflow survey completed by 90,000 developers around the world, whether you are already a Site Reliability Engineer (SRE) or thinking about becoming one, looks like you are onto something.

SREs, also called DevOps specialists, are a pretty unique type of talent; one that has knowledge in both software development and system infrastructure. And because the world of infrastructure is so vast, these professionals also need to juggle networking, security, system administration, hardware and anything else that could make an infrastructure unstable or down (yes, I am looking at you, A/C). That makes any day at work unique.

SREs, for the most part, are in charge of making sure that your favorite website apps are loading, and fast. Their work is not customer-facing but highly critical. According to Gartner, the average cost of IT downtime is going anywhere from $5,600 per minute to—when you work for Amazon—$2 million for every minute down.

That’s one of the reasons why SREs are among the highest paid in the industry, well, right behind their fellow managers! They also rank among the ones with the most coding experience—it takes time and hard work to get there.

And all of this leads to happiness! With an interesting job and high pay, SREs satisfaction is among the highest in the industry, and they rank in the top three of the ones not actively looking for a job. SRE for a day, SRE forever!

But here’s the problem: There aren’t a lot of SREs out there and hardly any computer science programs cover the topic. A recent tweet from Target software engineer Jessica Schalz illustrates the point very well: 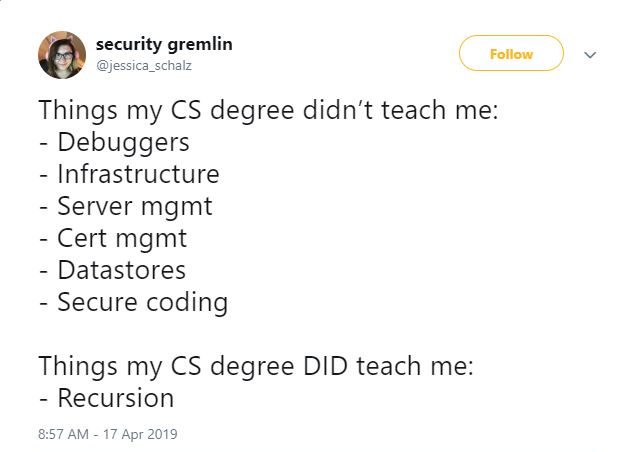 As TechRepublic reported, these professionals are among the most wanted in the tech industry and 33% of IT leaders report having a hard time hiring profiles with these skills. A potential reason for this lack of talent might come from the fact that the profession is failing at attracting about half of our population: women. SREs are 30 times more likely to be men than women. Training non-bearded SRE talent is possible. The Holberton School, a coding school I co-founded where 40% of the students are women, is leading a lot of students to be hired as SREs.

And the good news is that we are not alone: CloudFoundry and Infrastructure Masons are also taking action to move the needle. And industry leaders such as Tammy Bütow and Abby Kearns are showing the way.

As former software architect Eduards Sizovs pegged it: Great developers are raised, not hired. The industry is spending tons of money and energy and trying to attract the best talent when it would often be more efficient to take juniors that can grow to their need.

“There is a new generation of developers of all races, genders, backgrounds coming up who can do these jobs,” said Max Johnson, DevOps engineer at Pypestream. “Businesses should widen their hiring scope and consider non-traditional sources that train as good, if not better, talent and coach them further for these highly skilled jobs.”

LinkedIn is among the first to understand the value of investing in people—so it’s probably not a coincidence that it’s among the best places to work in the U.S. From an internal, employee-led perspective, the company has developed a number of in-house programs for both career and technical development. For example, its Women in Tech (WIT) organization leads a number of programs to connect, inspire and grow women technologists. From an external standpoint, with its REACH engineering apprenticeship program, LinkedIn is redefining the way it identifies, recruits and trains talent. REACH is an apprenticeship program that creates opportunity for every individual with the passion and potential to either develop or restart their career in engineering. The program guides participants through various levels of technical roles at the company, with the end goal being that each individual builds their skill set and gains the experience needed to become an engineer.

“Reinventing our approach to recruiting and developing junior talent has been a great way to expand our funnel and has brought forward more diverse perspectives, forming a more robust team,” said Casey Brown, senior manager, SRE at LinkedIn and core team member of the REACH program.

As you have probably understood, SREs are a niche talent (43% of them even picked Vim as their favorite editor). But as I recently tweeted, they are ruling the world, and more of them are needed. Let’s get creative to train and hire more of these amazing professionals! 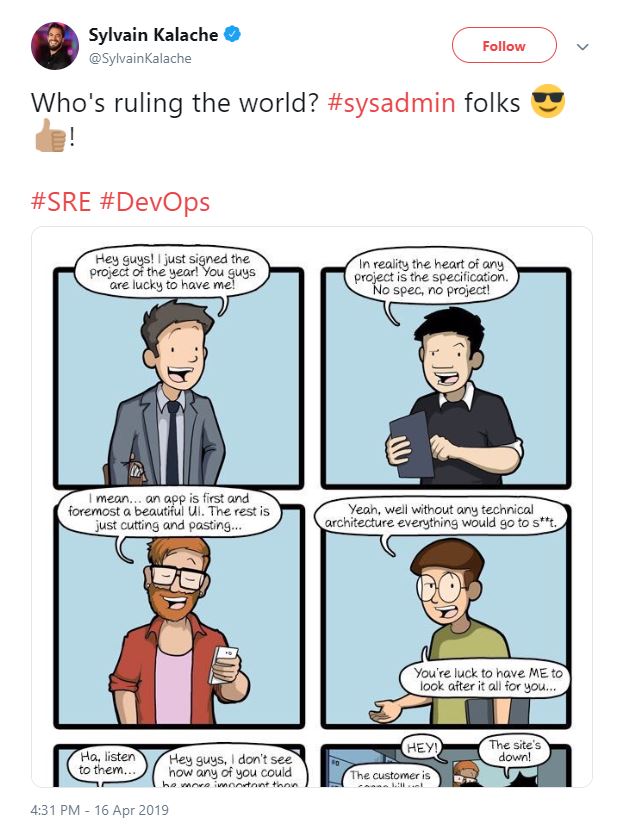 Now, more than ever, companies who rapidly react to changing market conditions and customer behavior will have a competitive edge.  Innovation-driven response is successful not only when a company has new ideas, but also when the software needed to implement them is delivered quickly. Companies who have weathered recent events ... Read More
« Keeping NoOps From Going Rogue
Mirantis Adds Modeling Tool to Configure Private Cloud »