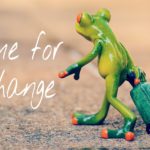 While digital transformation is not a new phenomenon, making digitization core to the corporate strategy is a fundamental shift for technology teams. Delivery units, or “change the enterprise” teams, have warmed up to new ways of working over the last few years and are already on the learning journey. Most enterprises today have digital or agile transformation initiatives that tend to focus on the “change” aspect significantly. However, the less glamorous “run the enterprise” dimension tends to be forgotten or side-lined in these initiatives.

The rise of DevOps was meant to bridge the gap between “change” and “run.” However, many DevOps transformation initiatives seem to be taking the same old path of least resistance that agile transformations have historically adopted: by focusing on the “change” and delivery teams.

This means that the technology infrastructure required to support business strategy requires a combination of the usual consistency and quality that infrastructure and operations have historically focused on—but only with greater speed, innovation, flexibility and customer intimacy. For the first time, business is looking at infrastructure as equal partners on this journey, not as a subservient IT function.

What Caused This Shift in Thinking?

Since 2001, there have been four game-changers in technology that have caused this shift in thinking: the Agile Manifesto of 2001, adoption of Cloud by enterprises, rise of startups and the DevOps movement. The world of technology as we know has been going through a tectonic shift as a consequence of these overlapping waves of change.

Version One’s 11th “State of Agile” report highlights that 71 percent of organizations have current or planned DevOps initiatives in 2018. While Agile ways focus on effective team structures, value focused mindset and greater business alignment, DevOps has taken the principles to the logical next steps of delivering value by focusing on flow, amplified feedback loops and building a culture of learning and innovation. In addition, full stack automation covering infrastructure, application delivery and release orchestration has really catapulted DevOps into the top initiatives in organizations. In terms of architecture, new constructs such as evolving design, microservices, containers and serverless computing are all redefining technology infrastructure. The rise of these new ways of working is only piling immense pressure on traditional infrastructure organizations to reform and rethink every aspect of their operating model and challenge processes built on a foundation of perceived stability.

Enterprises increasingly are being influenced by the ways of startups and how they are driving rapid innovation. There is a cross-fertilization of people moving to enterprises who are challenging the thinking in these enterprises, especially infrastructure area. Teams are now embracing once considered absolutely alien, if not impossible, concepts such as chaos engineering and anti-fragility.

The recent RightScale “State of Cloud” report reveals that 97 percent of enterprises are using cloud in 2017. However, only a small share of their workload has actually been moved to cloud, indicating the potential for cloud in the enterprise context. This indicates that enterprises are past the quick wins such as digital front-ends and will now struggle with the difficult areas of their applications—the bulk of the enterprise apps where the traditional infrastructure constraints and mindset rules. Enterprises can tackle this by truly embracing change, thinking big but starting small with experiments and continuous refinement of the every single dimension of the way infrastructure teams operate.

“Nothing is permanent but change.” The wise and timeless words of Confucius ring true!

The entire CI/CD/ARA market has been in flux almost since its inception. No sooner did we find a solution to a given problem than a better idea came along. The level of change has been intensified by increasing use, which has driven changes to underlying tools. Changes in infrastructure, such ... Read More
« Study Traces Cybersecurity Issues to Lack of App Supervision
VMware Extends vSphere Hybrid Cloud Reach »