At the Dell Technologies World conference, VMware today announced it will make available an instance of its managed cloud platform on appliances from Dell EMC in the second half of this year.

VMware Cloud for Dell EMC is a turnkey platform that combines VMware compute, storage and networking software in a single offering managed and updated by VMware on behalf of its customers. It is similar to VMware Cloud for AWS, a managed service that VMware provides for Amazon Web Services, said Wei Wang, director of product marketing for VMware.

VMware Cloud for Dell EMC represents the first commercial instance of Project Dimension, an initiative launched last year that promised to make available a software-defined data center (SDDC) as a managed service for on-premises IT environments in an effort to “ruthlessly automate IT.” In addition to supporting VxRail appliances from Dell EMC, VMware plans to make available instances of Project Dimension on other platforms, Wang said.

Pricing for the managed service initially will be based on a flat monthly subscription, but Wang said VMware plans to provide a metered option that will enable customers to pay for VMware Cloud for Dell EMC on a pure consumption basis.

In the meantime, VMware Cloud for Dell EMC, coupled with VMware Cloud for AWS, will provide IT organizations with a consistent control plane across a hybrid cloud computing environment based on vSphere, vSAN and NSX software that virtualizes compute, storage and networking, noted Wang. VMware is already managing infrastructure running more than 25 million workloads on AWS, a number that is expected to increase substantially as it rolls out instances on Project Dimension on additional public clouds including Microsoft Azure and on-premises IT environments. 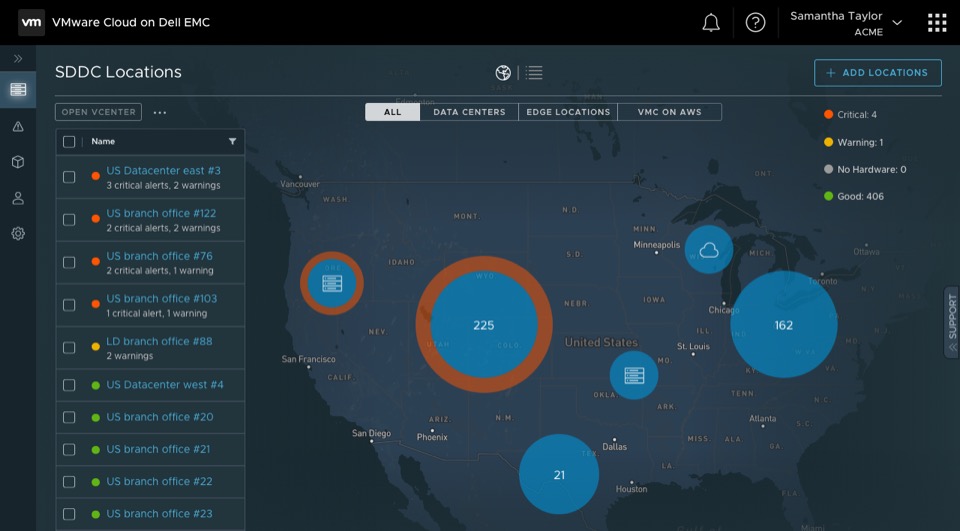 By opting to rely on VMware to manage IT infrastructure, organizations should be able to shift more of their own internal IT resources toward developing and deploying more applications. The VMware approach also potentially reduces the scope of the operational challenge many organizations now face when trying to manage virtual compute, storage and networking software in tandem.

The challenge those organizations will face is implementing a set of best DevOps practices that match the cadence of the updates being made to the IT environment by VMware. It’s not clear to what degree organizations will want to relinquish operational control over IT infrastructure to VMware. Historically, roughly a quarter of all IT is consumed as a managed service usually provided by an IT services firm, but as vendors such as VMware begin to offer those managed services, the number of organizations that might switch to the model may increase.

Many organizations already rely on cloud service providers such as AWS to manage infrastructure on their behalf. This latest offering essentially extends that same concept to on-premises IT environments.

The degree to which organizations will save money by relying on a managed service is going to be difficult to quantify. In some cases, relying on a managed service might prove more expensive, while in other cases the savings on IT administrators alone might pay for the service. Whatever the path chosen, the number of workloads that will running on IT infrastructure managed by vendors such as VMware will increase sharply in the months and years ahead.

The entire CI/CD/ARA market has been in flux almost since its inception. No sooner did we find a solution to a given problem than a better idea came along. The level of change has been intensified by increasing use, which has driven changes to underlying tools. Changes in infrastructure, such ... Read More
« Mirantis Adds Modeling Tool to Configure Private Cloud
‘DevOoops’ Moves: Unforeseen Lock-Outs »