BluBracket today announced general availability of a community edition of a tool that employs machine learning algorithms to discover passwords, tokens and other security vulnerabilities in code.

Prakash Linga, BluBracket’s CEO, said application secrets stored in code enable cybercriminals to compromise applications in ways that can impact an entire software supply chain. The community edition of the company’s namesake tool scans commits to determine if any new risks were introduced, and will then block the staged files from being committed. It works with any continuous integration/continuous delivery (CI/CD) platform or integrated development environment (IDE) that supports pre-commit hooks, including VSCode, Jetbrains IntelliJ and PyCharm.

Developers are then presented with a risk score based on the number of secrets discovered in their code. For example, an active token for Amazon Web Services (AWS) would receive a high score, while a a password in a test environment would be rated low. 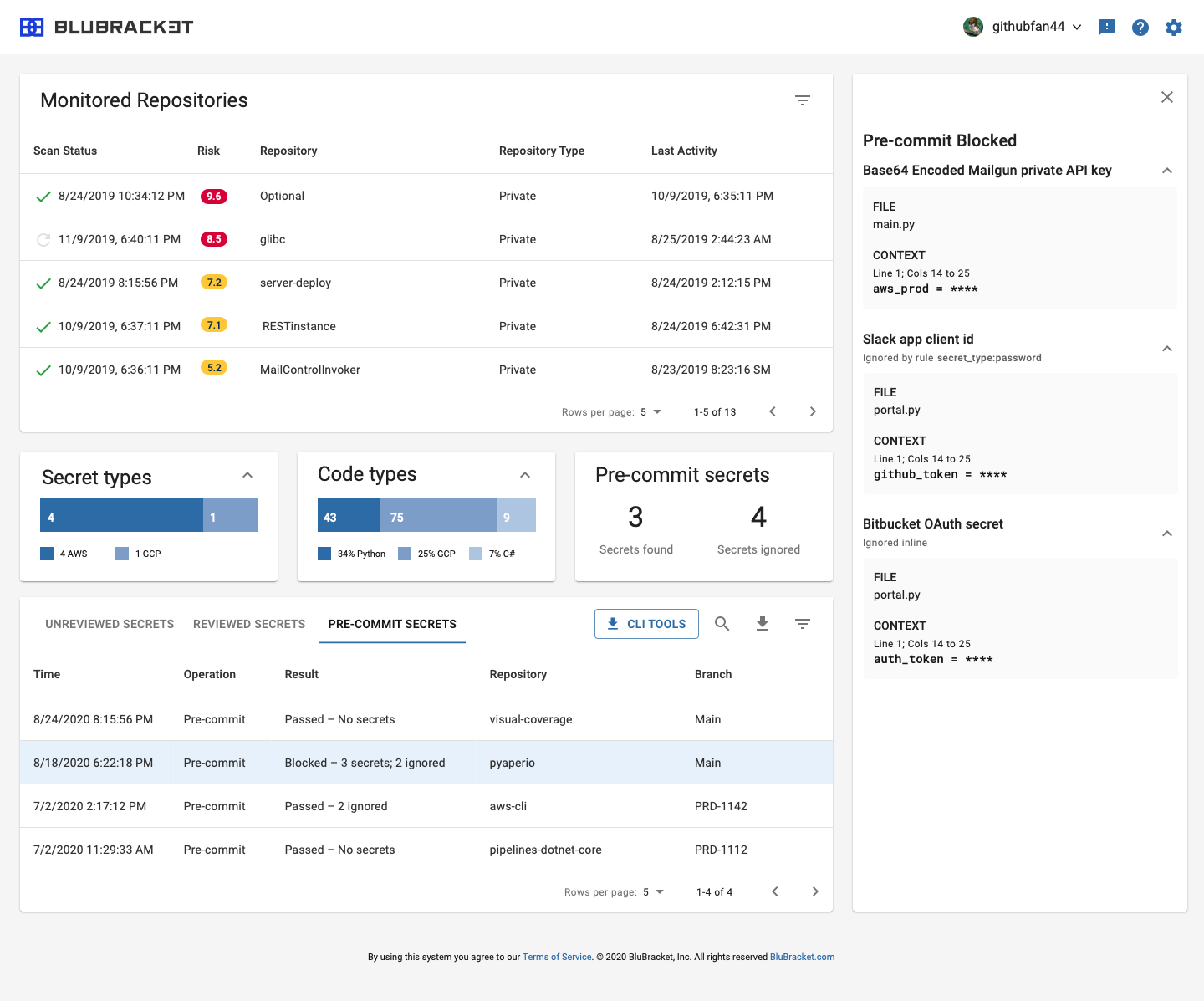 Linga said the Community Edition is intended to help foster adoption of DevSecOps best practices among individual developers, in hopes that when those developers are hired, their organizations eventually license the full instance of BluBracket. The company views its tools as being complementary to both tools that surface vulnerabilities in code as well as secrets management platforms, which are often not employed as widely within an organization, Linga said.

In the wake of recent high-profile breaches that embedded malware in widely-distributed applications, there’s increased focus on securing software supply chains. In some of those instances, Linga said, it’s probable cybercriminals discovered passwords and other secrets that were inadvertently exposed in code.

However those breaches were enabled, it is apparent cybercriminals are becoming more adept at exploiting a weakness in one application to inflict maximum damage across an entire environment. It’s hard to say exactly what role secrets discovery is playing, but cybercriminals tend to prefer the path of least resistance when it comes to exploiting application vulnerabilities.

Of course, the hope is that adoption of DevSecOps best processes will reduce the number of breaches by shifting responsibility for cybersecurity further left toward developers. However, that’s difficult to achieve without finding the simplest way possible of getting the security tools required into the hands of the developers that need them most.