At its Dash 2019 conference today, Datadog launched a series of DevOps initiatives that significantly expand the use cases for the agent software that drives the company’s monitoring services.

Additions to the Datadog portfolio include Network Performance Monitoring and Real User Monitoring (RUM) services as well as general availability of a previously announced service for monitoring serverless computing frameworks.

In addition, Datadog announced it is adding Tracing without Limits to its application performance monitoring (APM) and distributed tracing service that allows DevOps teams to search all traces without live sampling and store the traces matching bad user experiences for the long-term.

Ilan Rabinovitch, vice president of product and community for Datadog, said the company continues to invest in expanding the core use cases for which its agent software can be applied. Over time, that approach will enable DevOps teams to rationalize the types of agent software they need to deploy to monitor applications, cybersecurity, infrastructure, networking and user experience, he said.

Rabinovitch noted that interest in extending the reach and scope of Datadog services into the realm of networking is especially high because DevOps teams today have little visibility into how the various software-defined network (SDN) services provided by cloud service providers are impacting their applications. 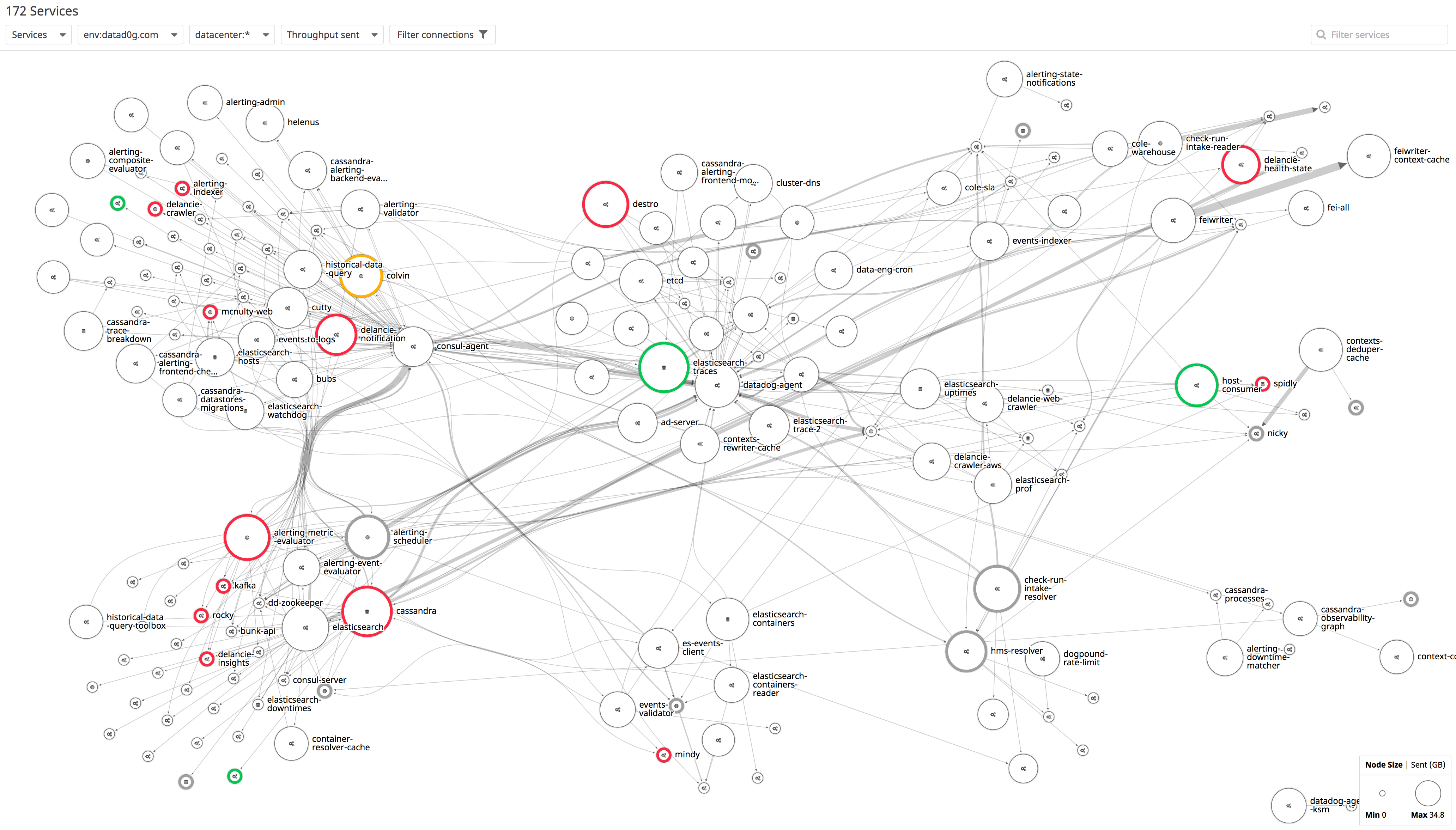 DevOps teams are also now being asked to present IT metrics in a way that reflects actual end user experiences. The RUM service being provided by Datadog achieves that goal by making it easier to track front-end latency metrics such as time to interactive and time to first byte, in addition to providing a geographic location, the operating system and browser types being employed by the end user.

Rabinovitch noted that as organizations become more dependent on digital business processes, they are moving to instrument every aspect of delivering IT services. For example, APM in the past might have been limited to a handful of mission-critical applications running on-premises. Now, as more digital business applications become distributed across both cloud and on-premises IT environments, the need for visibility across interdependent applications and microservices has become more acute, he said, adding most organizations would prefer to consume monitoring as a service versus having to deploy and maintain that software themselves.

It’s unclear how being able to apply a common base of agent software might accelerate the convergence of job functions within an IT organization. But it does make it easier for cross-functional IT teams to collaborate and troubleshoot IT environments so all members of a team can use a common management platform to identify issues. In many cases, the amount of time saved by eliminating the need to convene a “war room” meeting whenever a new issue is discovered might in and of itself be priceless.

Now, more than ever, companies who rapidly react to changing market conditions and customer behavior will have a competitive edge.  Innovation-driven response is successful not only when a company has new ideas, but also when the software needed to implement them is delivered quickly. Companies who have weathered recent events ... Read More
« IT Revolution Announces Speakers from Deloitte, Google, IBM, Lockheed Martin and Northrop Grumman for DevOps Enterprise Summit Las Vegas 2019
Machine Learning and Predictive Analytics Are Reshaping Manufacturing »