Gitpod announced today it is making available an instance of its Gitpod integrated development environment (IDE) available under an open source license.

Company CEO Sven Efftinge said DevOps teams will now have the option of deploying Gitpod themselves as an alternative to the existing cloud service provided by the company.

Designed to be used in conjunction with repositories such as GitLab, GitHub Enterprise and Bitbucket, Gitpod automates the building of development environments on-premises, Efftinge said. It continuously monitors updates to any Git repository.

Gitpod will then configure the right tools for a specific git branch, automatically compile machine-executable code and download all the dependencies required to allow developers to build code on-premises. Rather than having to manually configure a desktop environment, developers can start coding in seconds, Efftinge said. 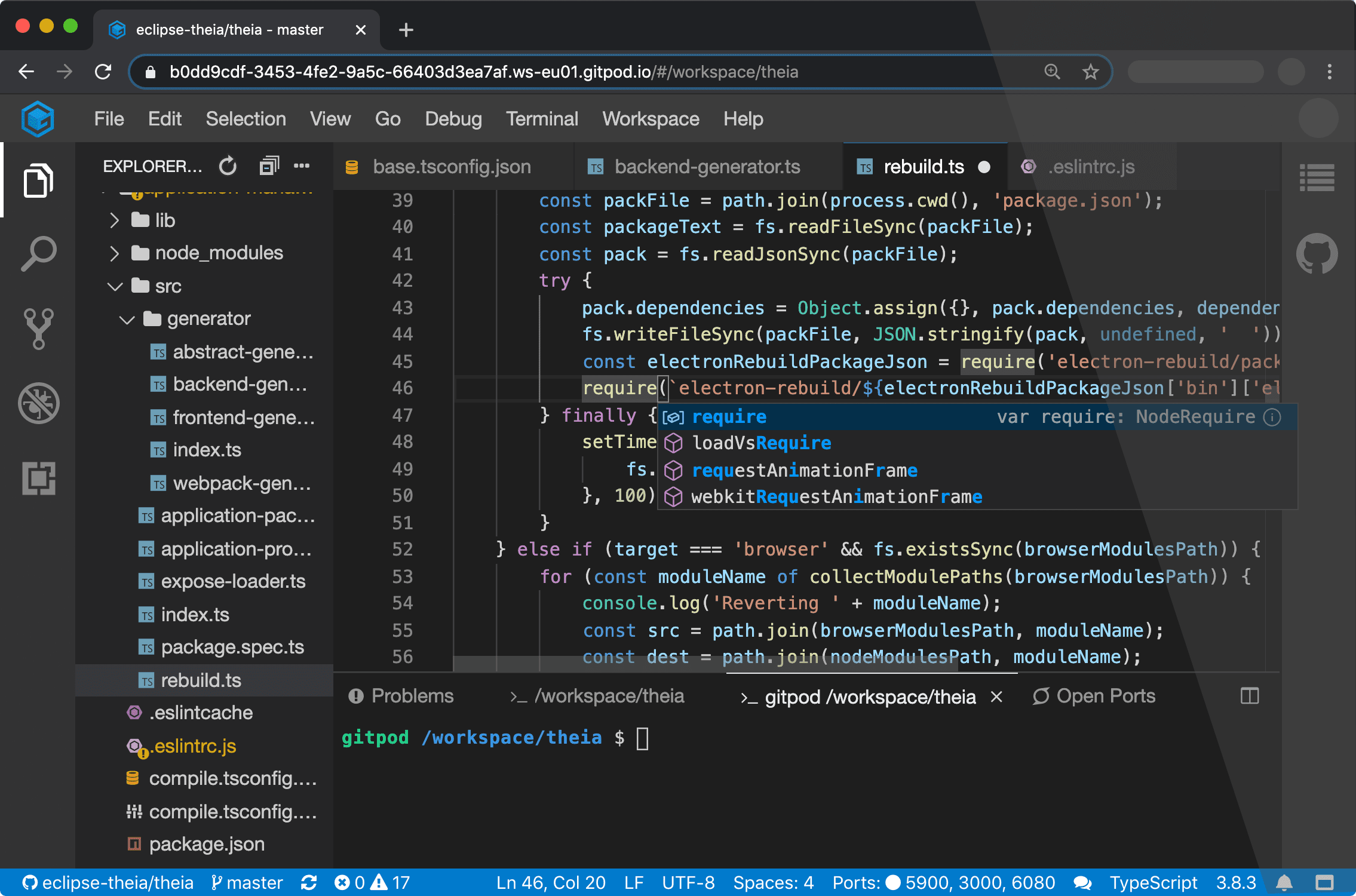 That issue becomes even more problematic when developers are working on multiple projects involving, for example, separate microservices that are all going to run in different production environments, he added.

Efftinge said there are already hundreds of thousands of developers using the Gitpod cloud service. The open source edition provides an option that will enable DevOps teams to self-host their own instance, he noted.

Gitpod, formerly TypeFox, collaborated with Google, Ericsson, Arm and Red Hat to develop the open source Eclipse Theia project, which provides a foundation for building IDEs in the cloud using TypeScript, CSS and HTML. Theia, now being advanced under the auspices of the Eclipse Foundation, consists of a front-end running in a browser or in the local desktop application and a back-end running on any host. Both the front-end and back-end communicate through JSON RPC over WebSockets. Gitpod leveraged that project to build its own cloud-based IDE.

In the wake of the COVID-19 pandemic, there’s naturally a lot more focus on automation and developer productivity. Most developers will be working from home for the foreseeable future to help combat the spread of the virus. Of course, most developers have been writing code outside the office for years. The challenge now is enabling teams of developers to develop applications as efficiently as possible regardless of where they are located. Eliminating inefficient manual tasks such as maintaining local development environments could be a significant step in that direction.

It’s not clear yet whether DevOps teams are more or less productive since the onslaught of the COVID-19 pandemic. However, it is apparent the need for a consistent experience among teams of highly distributed developers is acute.

The entire CI/CD/ARA market has been in flux almost since its inception. No sooner did we find a solution to a given problem than a better idea came along. The level of change has been intensified by increasing use, which has driven changes to underlying tools. Changes in infrastructure, such ... Read More
« MediaOps Helps GitLab Power the First GitLab Commit Virtual, a 24-Hour User Event Unlike Any Other
Cognizant to Acquire Tin Roof Software to Expand Digital Engineering Services »