JFrog today announced it has agreed to acquire Vdoo for $300 million in cash to gain a set of analytics tools that discover vulnerabilities in application binaries.

Vdoo’s scanning tools, infused with machine learning algorithms, will be fully integrated with the JFrog Xray vulnerability detection tools along with the rest of the JFrog continuous integration/continuous delivery (CI/CD) platform in 2022. In the meantime, the Vdoo scanning tool will continue to be made available via a software-as-a-service (SaaS) platform that Vdoo built.

JFrog CTO Yoav Landman said acquiring Vdoo is critical because when it comes to implementing DevSecOps best practices, the only meaningful place to discover and remediate vulnerabilities is in the binaries deployed in production environments. As such, the Vdoo platform provides a superior alternative to both static application security testing (SAST) and dynamic application security testing (DAST) tools that scan for vulnerabilities in source code, added Landman.

Developers require accurate intelligence that can be quickly acted upon to secure applications running in production. They can quickly take action once they know how a specific vulnerability impacts a binary, versus being told to update source code that could take days or weeks to complete, noted Landman. The Vdoo platform also makes it possible to leverage machine learning algorithms to detect zero-day vulnerabilities, malware, exploits, backdoors, supply chain risks and other threats before they become commonly known. Those vulnerabilities can be detected in everything from application binaries to firmware running on embedded devices. Vdoo is also recognized by the Mitre Corp. that oversees the Common Vulnerabilities and Exposures (CVE) database as a CVE Numbering Authority (CNA) for discovering vulnerabilities. 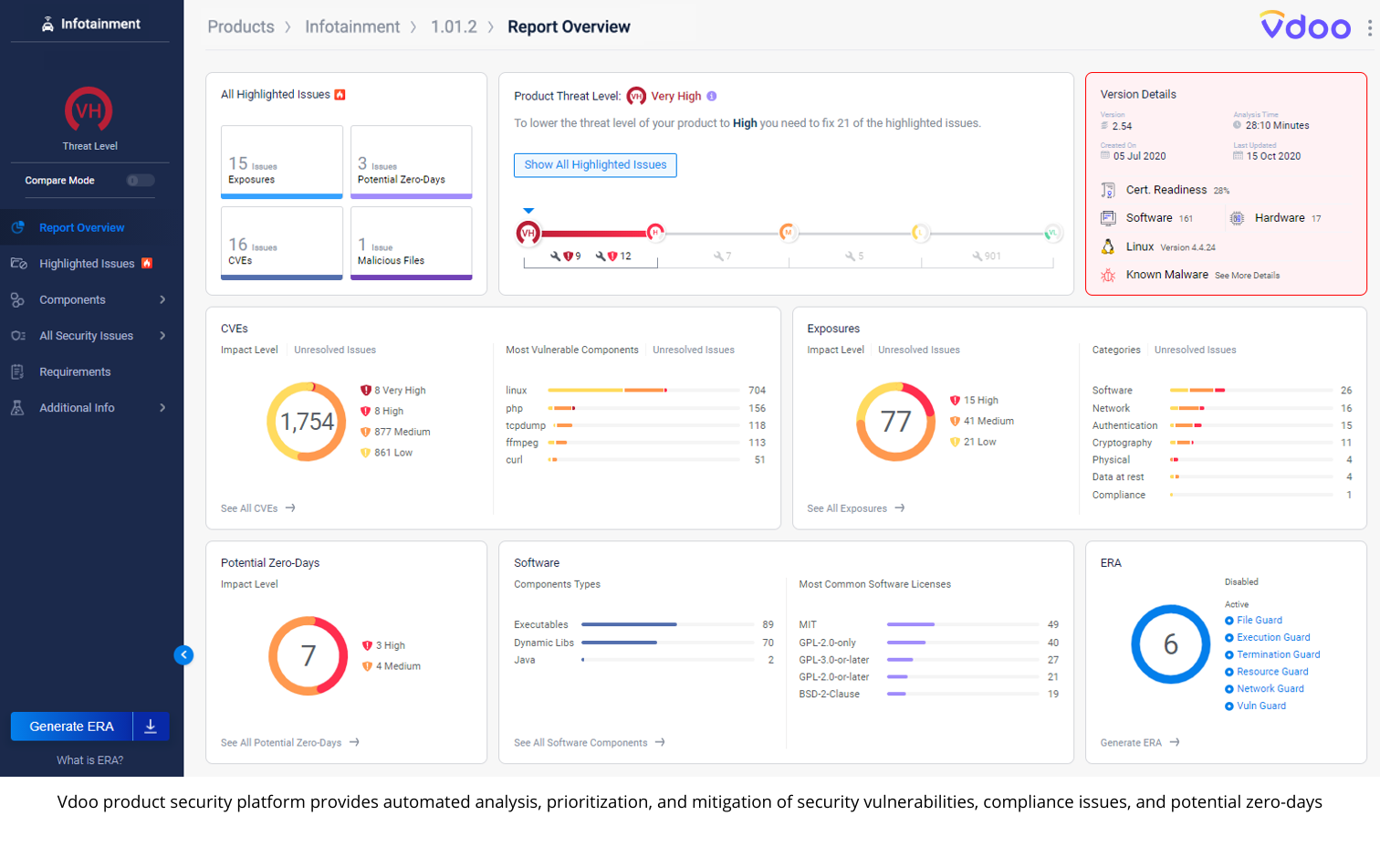 As responsibility for application security continues to shift left toward developers, many organizations are finding the tools that cybersecurity teams employed to discover threats don’t lend themselves to the workflows that developers have created to build applications. As a result, many of these tools are being replaced by developer-friendly alternatives that developers can invoke via a CLI as part of DevOps workflow. The goal, now, needs to be reducing the level of noise created by security tools to enable developers to focus on the vulnerabilities that specifically impact their code, noted Landman. Otherwise, developers are simply overwhelmed by a massive number of alerts generated by security tools that often don’t appear to be especially relevant, Landman added.

It’s not clear how quickly responsibility for application security is shifting left. However, in the wake of a series of high-profile software supply chain breaches, the urgency surrounding adoption of DevSecOps best practices has increased considerably. The challenge, as always, is getting the right tools into the hands of developers at the right time.