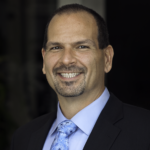 The last most of us heard from Lance Crosby we thought he was riding off to an island sunset, to bask in the glow of a very successful exit from SoftLayer. The company he founded was bought by IBM for a few billion dollars to serve as the centerpiece of their cloud strategy. Many would have been content with that as their career. But Crosby isn’t done yet. His new vision is StackPath, whose mission is to bring scale, speed and security to developers.

I had a chance to catch up with Lance recently and talk about StackPath. The company just emerged from stealth in July but already has over 100 employees and over thirty thousand customers. This is due to acquiring three companies pre-launch, “MaxCDN, a leading NextGen CDN company, Fireblade, an Israel-based company with patented cloud based WAF technology, and Cloak, a leading VPN technology company.” On top of this StackPath has developed some patented new DDOS mitigation technology. Of course DDOS attacks are all the rage now with everyone’s camera, refrigerator and any other connected device in on the action.

From a DevOps point of view what I find interesting is that Crosby and StackPath have clearly targeted the developer, rather than the security admin or the Ops team with this offering. Even in the title of their press release announcing the StackPath platform and CDN they target developers, “StackPath Announces General Availability of Its Global Security Platform for Developers.”

This is an interesting approach and one I spoke to Lance about. In Lance’s view there is a gap between those who build and design applications and those who operate and secure them. Empowering developers with a friction-less security solution is what StackPath’s mission is. It is the developers who need to be thinking about security and more importantly making it part of the equation. This idea is one that many in security have espoused, but usually because they feel developers have larger budgets than the security team.  But I don’t think that is the case here. Crosby knows both the security and developer markets from SoftLayer. He is trying to fill a need he saw while still at SoftLayer that he wasn’t able to offer then.

The CDN service they announced wraps up the three technologies they acquired along with their DDOS mitigation. To me it seemed like a Cloudflare kind of offering. Crosby agrees that there are similarities, but the plan is to build out the platform far beyond what it offers now or what Cloudflare offers. Threat analysis and artificial intelligence are part of the future, as well as more.

The company already raised a large first round led by ABRY Partners, a multi-billion dollar private equity fund. Of course Crosby has his own money available as well as no shortage of VC/private equity funds who would like to invest in his next adventure based on the success of SoftLayer.

The security industry has been looking for cloud native, next generation solutions and StackPath could be one of these. At some point though you need to please multiple masters. In this case if you are going to sell developers security, at some point you need to get the security people on board as well. It will be interesting to see how StackPath continues to grow and expand in the market. Certainly a mix of organic solutions with a sprinkling of acquisitions appears to be the recipe Crosby and team are following.

The entire CI/CD/ARA market has been in flux almost since its inception. No sooner did we find a solution to a given problem than a better idea came along. The level of change has been intensified by increasing use, which has driven changes to underlying tools. Changes in infrastructure, such ... Read More
« Why PR, Legal and HR Matter for Continuous Delivery
Webinar: Leading Change at DevOps Enterprise Summit San Francisco »