Salt Security has extended its platform for securing application programming interfaces (APIs) to include support for APIs built using GraphQL.

GraphQL is an open source data query and manipulation language for APIs that was originally developed by Facebook. It provides a more efficient approach to querying data than the REST APIs that are widely used today.

Elad Koren, chief product officer for Salt Security, said adding support for GraphQL alongside existing support for REST APIs to the Salt Security API Protection platform will make it possible for security teams to discover those APIs, mitigate data exposure, stop attacks and eliminate vulnerabilities. The Salt platform parses the complex structure of each GraphQL query to identify unique object entities that are then used to create a complete inventory of the GraphQL APIs being employed.

APIs built using GraphQL are more challenging to secure because of the unique call and response formats, noted Koren. Cybercriminals can also, for example, leverage GraphQL capabilities such as nested queries and query batching, to launch distributed denial of service (DDoS) attacks, he said.

Many developers will tend to assume that, because GraphQL is relatively new, most cybercriminals are primarily focused on exploiting REST APIs. However, as more developers employ GraphQL, it’s only a matter of time before cybercriminals begin to find ways to exploit APIs that may not be as secure as the REST APIs that many organizations already know how to secure.

The Salt Security platform itself is based on a big data engine that employs machine learning algorithms and other forms of artificial intelligence (AI) to identify attacks in real-time. It creates a baseline to identify legitimate system behavior while preventing cybercriminals from using penetration testing tools to perform reconnaissance. 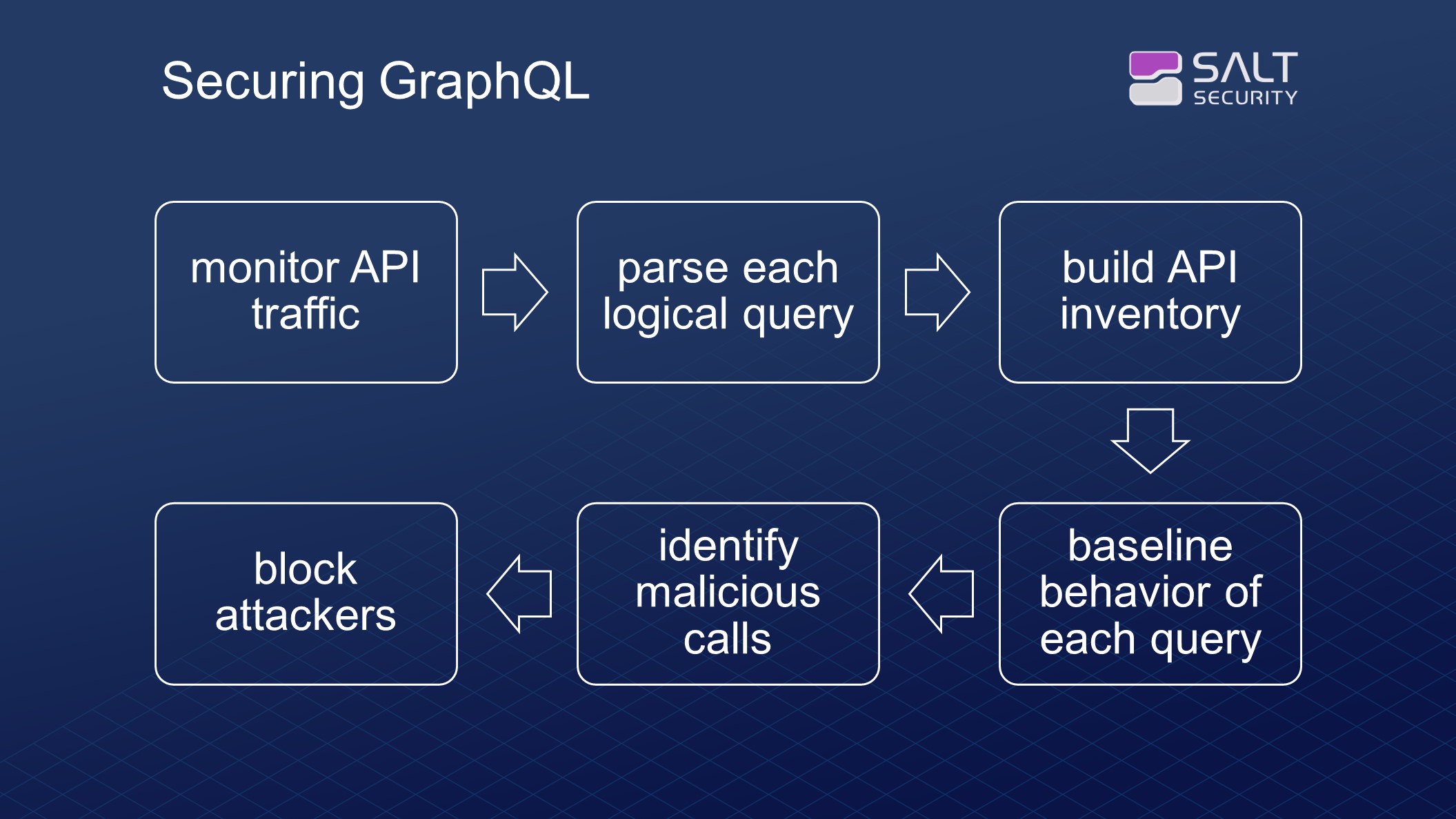 From a DevOps perspective, the Salt Security API Protection Platform integrates with tools such as Jira and Slack to ensure that remediation details are routed to the right development team in addition to helping track tickets to ensure remediation fixes are implemented. It also can be integrated with security information event management (SIEM) platforms from vendors such as Splunk and Sumo Logic to enable incident response for both DevSecOps and security operations teams.

Most IT teams will not be replacing REST APIs with GraphQL-based APIs overnight. However, there will soon be enough APIs based on GraphQL to warrant additional security measures. Less clear is to what degree those security measures will be put in place by DevSecOps teams versus a security operations team.

One way or another, however, the number of APIs that need to be secured is accelerating rapidly as organizations roll out a new generation of microservices-based applications that drive mission-critical digital business transformation initiatives. Each microservice has its own API that needs to be built and then secured. Unfortunately, most APIs are built by developers that don’t always have the greatest appreciation for security. As such, while more responsibility for API security is shifting left toward developers, many security teams would be well advised to make certain every API being deployed is fully secure.

The entire CI/CD/ARA market has been in flux almost since its inception. No sooner did we find a solution to a given problem than a better idea came along. The level of change has been intensified by increasing use, which has driven changes to underlying tools. Changes in infrastructure, such ... Read More
« Dynatrace Survey Sees Continuous Delivery Challenges Ahead
Sustainability No Longer Just a Buzzword for Cloud IT »