Snyk today announced it has enhanced the ability of its namesake vulnerability scanning tool by adding the ability to identify which open source vulnerabilities should be fixed first using a scoring tool that leverages data science and machine learning algorithms to analyze code.

In addition, DevOps teams can now take advantage of automated pull requests to fix those vulnerabilities.

Finally, DevOps teams also can define policies that require certain classes of vulnerabilities to be fixed whenever they are identified. 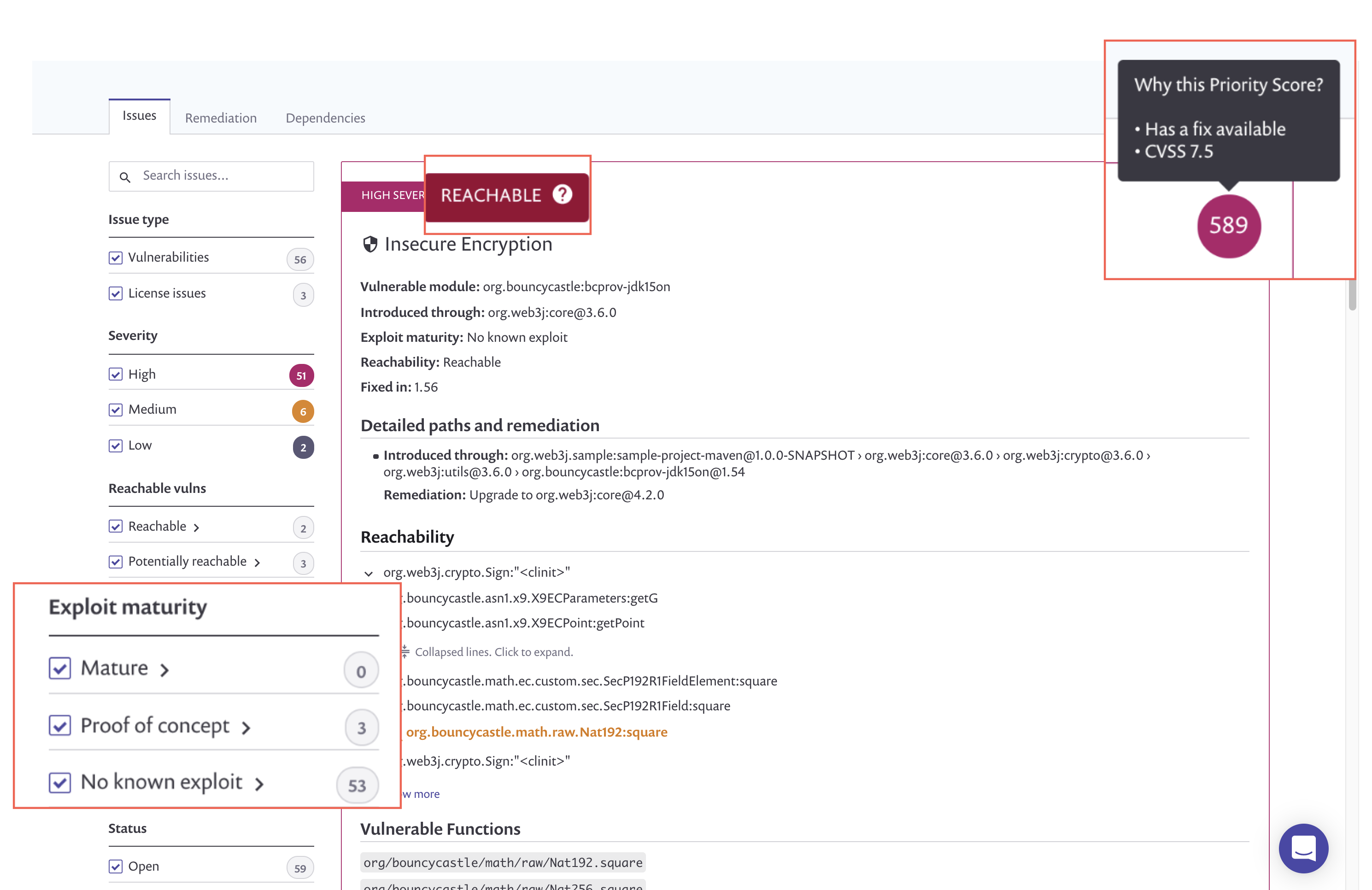 Aner Mazur, chief product officer for Snyk, said given the number of open source modules employed and the dependencies that exist between them, staying current on patches and updates has become a major challenge. The only way to achieve that goal is to rely more on tools that help automate that process, he said.

These days it’s easy for development teams to feel overwhelmed by patch requests to fix open source security vulnerabilities. The trouble is, not all those requests are of equal weight. Snyk provides tools that enable developers to understand which vulnerabilities are of the highest severity and how they might impact their code.

Armed with that insight, Mazur said, it then becomes possible to prioritize remediation tasks within the context of a DevSecOps process. Otherwise, developers will simply fix vulnerabilities regardless of relevance as time allows. Developers may remediate dozens of bugs only to discover that a critical flaw that had been left unaddressed led to a major compromise.

It’s also not uncommon for DevOps teams to fail to appreciate dependencies between open source code modules. When patches to code are applied in the wrong order, an application can break, resulting in DevOps teams having to start the whole process over. The prioritization tools provided by Snyk prevent that from occurring, Mazur said.

In the absence of any ability to prioritize vulnerabilities, developers eventually become inured to patch requests because they don’t know whether their patching efforts are making any real difference, he added.

As DevOps teams become more dependent on open source code, they benefit from the collective security efforts of all the contributors to that project. The result is more secure code, as patches to remediate specific issues are made available. The challenge now is finding a way to automatically apply those updates in a way that doesn’t conspire to slow down the overall application development process. Achieving that goal requires visibility into what is now a multitude of open source projects that no DevOps team is ever going to be able to consistently achieve on its own.

Open source components have become an integral part of today’s software applications — it’s impossible to keep up with the hectic pace of release cycles without them. As open source usage continues to grow, so does the number of eyes focused on open source security research, resulting in a record-breaking ... Read More
« Exadel Meets Growth Projections, Secures New Clients And Expands Senior Management Team In Second Quarter Of 2020
Vercel Makes Front End Applications Faster »