Dynatrace this week updated its observability and software intelligence platform as part of an effort to expand its reach across modern enterprise IT environments.

In addition, Dynatrace is adding support for open source log data frameworks such as Fluentd and Logstash. Those logs can now be centrally viewed via a Dynatrace Log Viewer that enables IT teams to search, analyze and segment both real-time and historical log data.

Dynatrace also added a Cloud Automation Module based on Keptn, an open source tool for automating configuration of observability tools, orchestrating code tests and quality checks. Keptn was created by Dynatrace and is being advanced under the auspices of the Cloud Native Computing Foundation (CNCF). 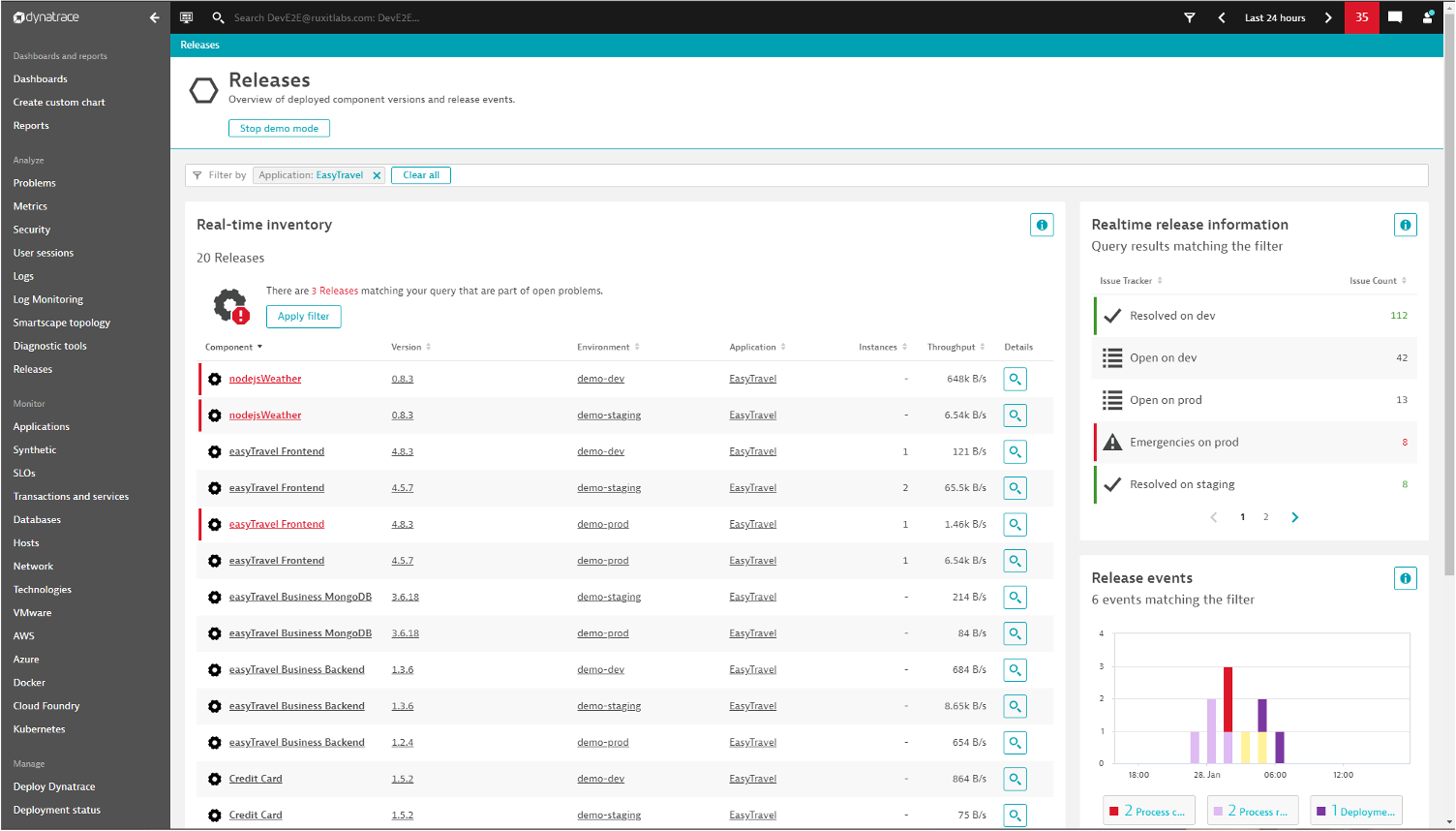 The company also launched a Software Intelligence Hub to make it easier to access more than 500 pre-configured integrations, as well as access tools for creating integrations without having to write code.

Dynatrace also announced it has extended a previously launched Application Security Module to now include support for Node.js applications. In addition, the module includes the ability to enforce security policies against applications instrumented with its agent software, and offers extended capabilities to enable the detection of Kubernetes cluster vulnerabilities, as well.

Finally, Dynatrace has added a Session Replay capability to its Digital Experience Module to enable IT teams to capture a mobile application experience.

Steve Tack, senior vice president of product management at Dynatrace, said the company is moving quickly to add support for platforms and technologies widely employed within cloud-native applications to provide IT teams with a single platform through which they can manage monolithic and microservices-based applications.

With the rise of microservices, IT environments are becoming too complex to manage without some type of observability platform. Historically, cost concerns limited IT teams to employing application performance management (APM) platforms, such as Dynatrace, only for their most mission-critical, monolithic applications. It’s now become apparent that observability platforms capable of correlating log and telemetry data captured from applications and infrastructure are required to effectively manage a modern IT environment.

As part of that effort, Dynatrace is now collecting data from additional sources alongside the agent software it provides. That data is then fed into an observability platform, that Dynatrace has augmented with a Davis AI engine, to identify anomalies and other potential issues by employing machine learning algorithms.

It’s not clear to what degree IT teams completely trust the recommendations surfaced by any AI engine. However, as platforms such as Dynatrace collect more data from an IT environment, the more accurate AI models tend to become. In fact,  IT teams that don’t have access to AI capabilities might soon be at a distinct disadvantage, compared to other IT teams that do.

In the meantime, the battle for observability supremacy continues to intensify, as incumbent providers of APM platforms such as Dynatrace look to forestall a host of startup rivals, all promising greater visibility into IT environments at a lower cost. The challenge now is determining what level of visibility is achieved, and at what total cost.

While building constructive culture, engaging workers individually and helping staff avoid burnout have always been organizationally demanding, they are intensified by the continuous, always-on notion of DevOps.  When we think of work burnout, we often think of grueling workloads and deadline pressures. But it also has to do with mismatched ... Read More
« New Relic Adds Visualization Tool to Observability Platform
EraDB Launches Log Management Alternative »