Codenotary today unfurled a free notarization and verification service for open source artifacts and containers to enable IT organizations to track the provenance of the components that make up their applications.

Dennis Zimmer, Codenotary CTO, said the Community Attestation Service is based on an immutable open source immudb database that cryptographically attaches an identity to each software artifact. Additionally, the Community Attestation Service can be integrated with the continuous integration/continuous delivery (CI/CD) platform that DevOps teams employ to build and deploy applications using those artifacts, added Zimmer.

The identities created by the Community Attestation Service can then be used to verify a software bill of materials (SBOM) that will soon be required by not only every U.S. federal agency but also organizations that are trying to better secure their software supply chains in the wake of a series of high-profile breaches, said Zimmer. The Community Attestation Service will also encourage developers to reuse source code, builds, repositories and Docker container images that they know they can reliably employ within a zero-trust IT environment, noted Zimmer. 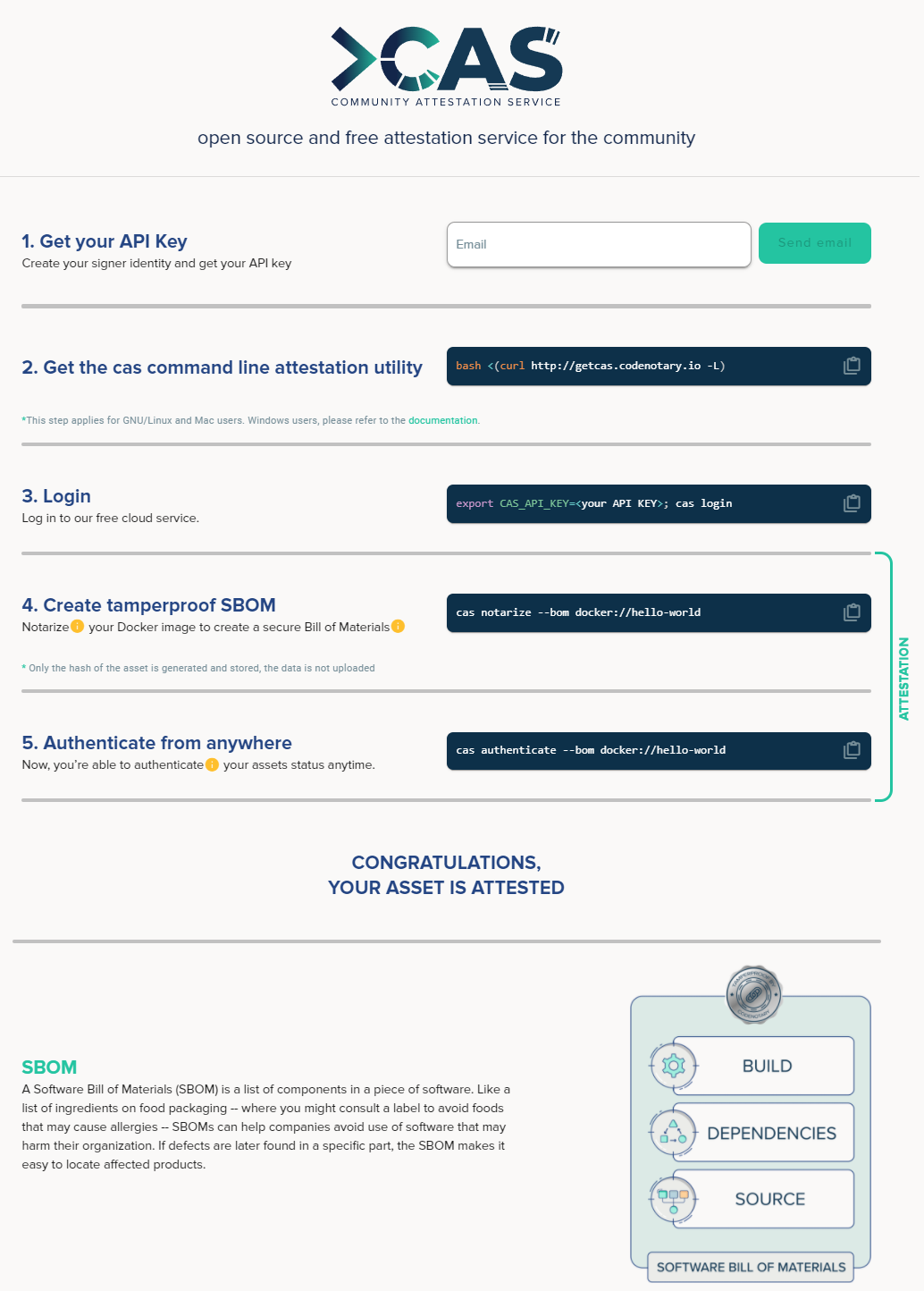 Some developers have, of course, been signing their code for years, while others simply didn’t see the need. With its free service, Codenotary is trying to expand the pool of developers that will not only sign their code but do so in a way that can’t be tampered with later, noted Zimmer.

Unlike blockchain databases that are employed to provide immutable records of transactions, Zimmer said the immudb platform was created to provide an immutable database capable of processing millions of transactions per second. That database is also being used to build a wide range of applications that go beyond the scope of the Community Attestation Service so DevOps teams can have confidence in the viability of the underlying platform, noted Zimmer.

In the wake of some troubling security breaches, it’s now only a matter of time before security teams start to ask more difficult questions about how applications are built. Developers could wait for those cybersecurity teams to eventually create policies that DevOps teams would be required to enforce, or they can more proactively embrace a service that tracks the provenance of code that hopefully, has been scanned for all known vulnerabilities. In fact, it may not be too long before organizations decide not to employ code that has not been verified. There may even be a backlash against using code that is unsigned that could result in many existing applications either being updated or outright replaced.

On the plus side, Zimmer noted there’s a lot more awareness of the need to sign code. The challenge is most organizations don’t have the processes in place. Fortunately, there’s a lot more interest in DevSecOps best practices to ensure the integrity of code. However, awareness of the need for something doesn’t always result in concrete actions being taken unless DevOps teams can simply make it easy for developers to do the right thing. After all, it’s not as though developers want to employ insecure code, it’s just that they are often simply too busy to make sure every last artifact employed is verified as secure.

Now, more than ever, companies who rapidly react to changing market conditions and customer behavior will have a competitive edge.  Innovation-driven response is successful not only when a company has new ideas, but also when the software needed to implement them is delivered quickly. Companies who have weathered recent events ... Read More
« CircleCI Adds Test Insights Module to CI/CD Platform
Observability Vs. Monitoring: What’s the Difference? »